Martha Raddatz, an American reporter works for ABC News. She serves as the network’s chief global affairs correspondent for ABC’s World News Tonight with David Muir, Nightline and several of the network’s other shows. She has also made several guest appearances and also served as a co-host and fill-in host. 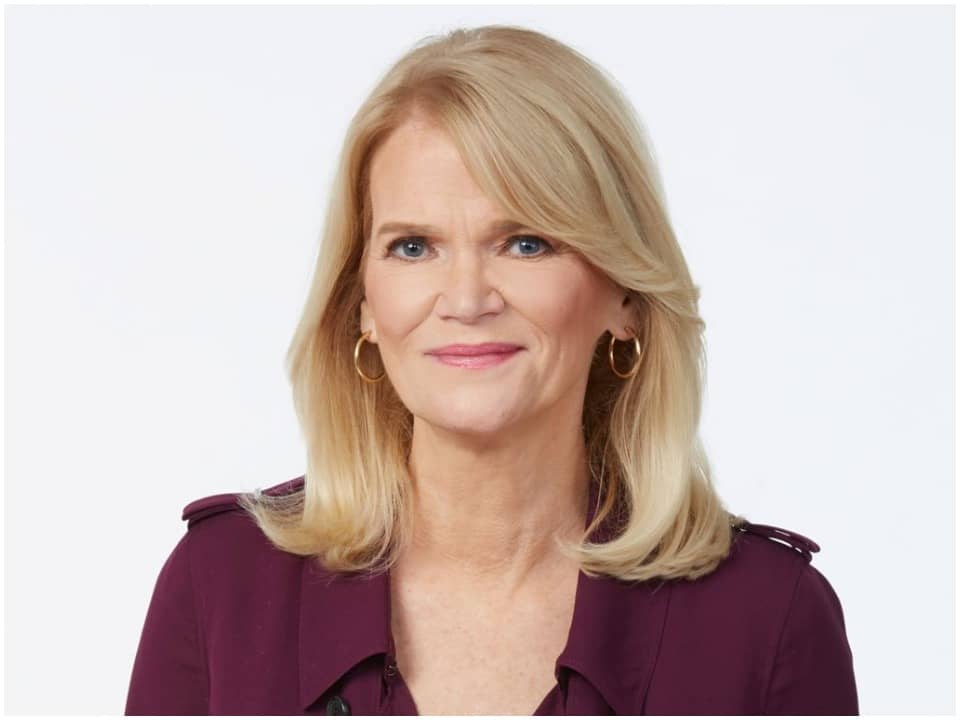 Martha Raddatz was born on February 14, 1953 in Idaho Falls, Idaho, United States of America. But later, after her father died, her mother, who lived in Salt Lake City, moved her and her older sister back there. Not much data is available about her family, and the identities of her parents and siblings are still kept secret.

Martha attended East Lake High in Salt Lake City, Utah, graduating in 1971. She later enrolled at the University of Utah for her higher education, but unfortunately was unable to complete her education and took a detour to work at a local train station.

Martha began her professional career by dropping out of college and joining the local broadcaster. Later, through many hardships and struggles, she became the chief correspondent at WCVB-TV, a subsidiary of ABC News Boston.

From 1993 to 1998 she reported on the Pentagon for National Public Radio. She began her career in 1999 singing on ABC News. There she worked first as the station’s State Department correspondent and later, in May 2003, became ABC’s senior national security correspondent.

On June 8, 2006, Martha received a tip that terrorist Abu Musab al-Zarqawi had been tracked down and killed.

That tip made ABC News the first news organization in the world to break the news just after 2:30 a.m. She was also promoted to become the network’s chief correspondent for the White House for the last term of the George Washington Bush administration.

In November 2008, she was appointed to her current position as ABC’s Senior Foreign Affairs Correspondent. Raddatz also acted as moderator and co-moderator. In 2017, she aired as a reporter interviewing the President-elect of the US on the episode “Imminent Risk” of the Showtime series Homeland.

She is also known as a co-host and primary fill-in host on The Week with George Stephanopoulos.

Martha was married three times. She was married to Ben Bradlee Jr., a Pulitzer Prize-winning investigative unit editor at the Boston Globe, and a son of former Washington Post editor-in-chief Benjamin C. Bradlee. But their marriage didn’t work out, so they parted ways.

Later, in 1991, she married Julius Genachowski, who served as chairman of the US Federal Communications Commission under the Obama administration. Unfortunately, her second marriage also failed.

She is currently married to Tom Gjelten, a journalist who serves as NPR’s religion and beliefs correspondent. They first met on NPR and began dating.

The couple is known to have no children together, but Martha has two children from her previous marriages, a daughter, Greta Bradlee, an attorney, and a son, Jake Genachowski, a video marketer, a football and softball coach at the Maret School , and also a campus guide.

After working in the media industry for almost three decades, Raddatz has had a lot of luck. Her estimated net worth is $3 million while her annual salary as ABC’s chief global correspondent is around $100,000. She is a 68 year old lady and has amassed a lot of fortune and still expects more. She lives her royal life lavishly with her husband and children and spends a lot of time with them.

The popular media personality is known for both her job and her contemporary social media. She has a reach of 38K followers on her Instagram @martharaddatz where she usually posts videos while reporting and pictures with her friends and family. On her Twitter, she has 137.1K followers under the username @MarthaRaddatz.