Sarah Matthews is an American political aide and has previously worked as the deputy press secretary for the Donald Trump administration. She resigned the same day a few hours after the United States Capitol Attack. She caught the attention of global media because she has now been taken into testification by the capitol 6 riot attack committee recently. 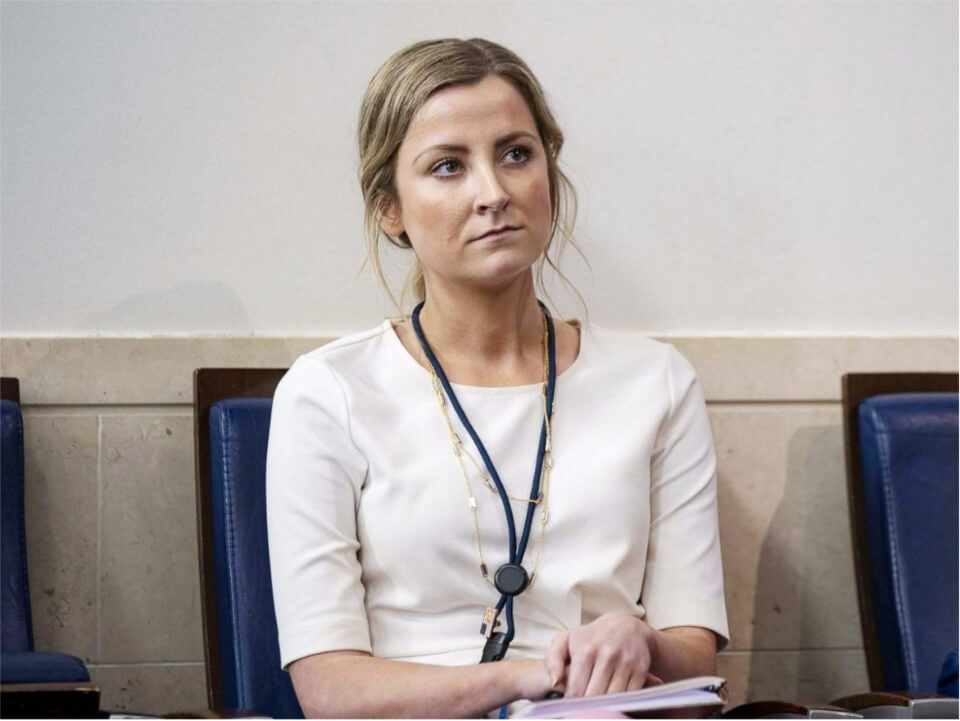 Sarah Matthews was born on 20 april 1995 in Ohio native, who served in the White House, and immediately after the riot on 6th January 2021, she departed her ways and gave the resignation. She went to Kent State University where she received her bachelor’s degree in public relations. During her initial stage of professional life, she worked as an intern for Senator Rob Portman and the former House Speaker John Boehner. Matthews’s father’s name is Jeff Matthews, who is the GOP leader.

Sarah Matthews received the honor of being named press secretary of the House Committee on Energy and Commerce after she joined Donald Trump’s presidential campaign in 2019. She became deputy press secretary in 2020 and had her tenure as the deputy press secretary for roughly six months before being compelled to resign from her position after the Riot Capital Attack on 6th January 2021. It is said that Matthews resigned hours after the Capitol was violently breached by Trump supporters in the attempt to stop Congress from giving the whole authority under the new President Joe Biden after the election win.

Sarah said that she was “honored to serve” the president in the White House but was “deeply disturbed” by the Riot Capital Attack of 6th January and later hoped for the “peaceful transfer of her position”. Matthews began her professional life while working as an intern [for either 2 or 3 months each] under the guidance of U.S. Senator Rob Portman (R-OH), next with the Office of Speaker John A. Boehner (OH-08), and later with the 2016 Republican National Convention. She pursued her part-time job at Kent State University College of Communication and Information as the Marketing Assistant for one year and three months.

Matthews also served on the House Committee on Homeland Security [from April 2017 to May 2018], House Committee on Energy and Commerce [from May 2018 to May 2019], and worked as Deputy Press Secretary for Donald J. Trump for President, Inc. [from June 2019 to June 2020], and lastly worked with the full-time position as the Deputy Press Secretary and the Special Assistant to the President [from June 2020 to January 2021]. In February 2021, Matthews worked as a Washington-based communication director for the U.S. House of Representatives’ Select Committee on the Climate Crisis in a full-time role.

Ms. Matthews is now taken as one of the important witnesses who could give important information to the committee of Capital Attack. She was taken for testification on 21st July 2022, Thursday, and was questioned for around three hours on the concerned topic of 6th January 2021 during which Mr. Trump is said to do nothing to ease the situation of the Capitol Attack Violence. Ms. Matthews quit her job the same day of the attack and before she could depart her ways, she saw the White House press secretary, Kayleigh McEnany, giving some kind of statement for the sake of deterring the violence to the supporters, of whom hundreds were swarmed after it was announced that Joseph R. Biden Jr. would be taking the position as the board-certified his victory.

Previously, Matthews was interviewed by the committee and she told that one of the tweets was sent by Mr. Trump during the riot in which he attacked Vice President Mike Pence after he was being taken to safety and the issue was like “pouring gasoline on the fire”. Sarah also encouraged the efforts of Cassidy Hutchinson for her testimony while saying publicly that she admired her tremendous bravery. Matthews said that even in the face of harassment and threats she is trying to put her country first. She said, “this is what real courage, patriotism, and integrity look like”. During her testimony, Matthews described herself as a “lifelong Republican”.

Sarah Matthews is not known to be married. She is not committed to anyone in the industry and is said to be single.

Sarah Matthews is holding a long career of around seven years with the beginning of her internships in 2015. She is known to hold different positions in the White House, with Judicial law practitioners and the Climate Crisis Committee [with which she is working currently]. Surely, she would be earning well because of her long career in the line of politics and law.