Alexander Zverev is a German professional tennis player, ranked number 3 in the world by the Association of Tennis Professionals and has won 15 ATP singles and 2 doubles titles in his career. Despite being a player, he stayed on the timeline a few times because of his controversies, not the game. 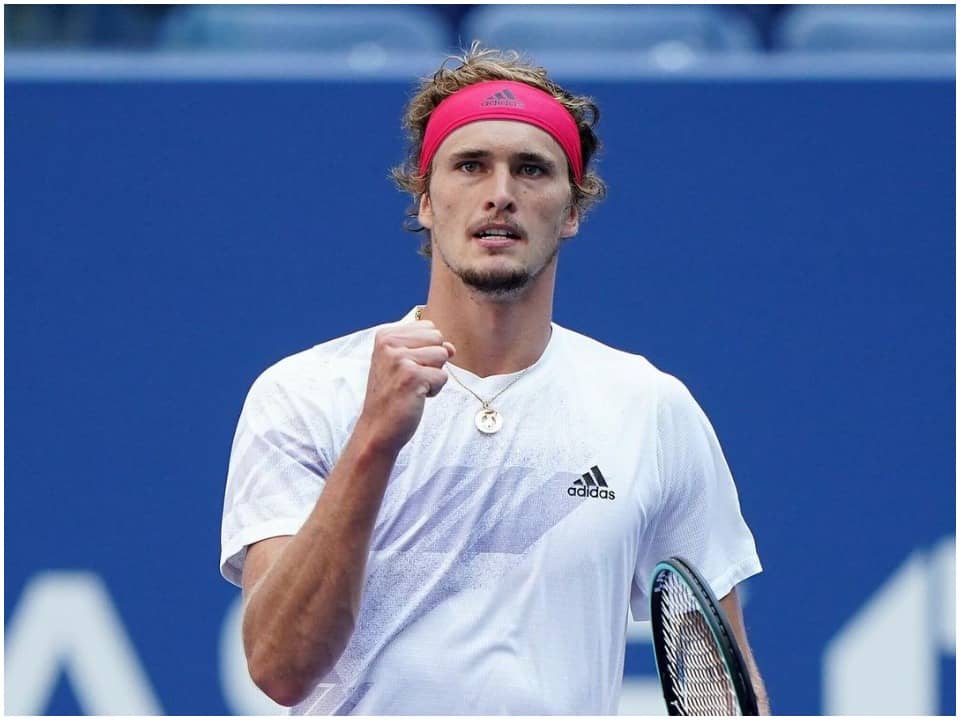 Alexander was born on April 20, 1997 in Hamburg, Germany. He was born to Russian parents Irina and Alexander Sr., but holds German citizenship. His parents are both former tennis players and played for the Soviet Union. His father is also his coach.

Born into a tennis family, his brother Mikhail Zverev aka Mischa is also a professional tennis player at world No. 25. His parents moved to Germany for Irina’s tournament in 1990 and later both his parents were offered jobs teaching tennis which led to them settling in the countryside.

Alexander started playing tennis at a very young age and by the age of 5 he was playing the sport regularly. He was athletic and also played hockey and soccer. Alexander hasn’t revealed much about his education, but it is known that he received his tennis education from Saddlebrook Academy in Florida and lived in the States for a number of years. It is known that he took his Abitur at a local school in German, but did not reveal the name of his institute.

Alexander had a thriving junior career as he became No. 1 in the junior tennis world. He started his junior career with the International Tennis Federation in 2011 and won his junior title in 2013. He also played professionally in the 2011 Moselle Cup but lost and scored his first finals win at the 2012 ITF 10k event in Florida.

Later in 2014 he won the boys’ singles title at the Australian Open. He lost a few games later and also lost to his brother Mischa, but soon won the Sparkassen Open and his first professional title as the youngest player since 2009. In 2015 he finished 83rd at the US Open and became the youngest player in top 100. He was also named ATP Newcomer of the Year.

The next year, he defeated world No. 3 Rodger Federer at the 2016 Halle Open. The same year, he won his first ATP final at the St. Petersburg Open. He later ranked No. 20 in the world after the Shanghai Masters. In 2017 he beat Stan Wawrinka at the Miami Open and won two more Masters titles at the Rome Masters and Canada Masters.

By the 2018 season, he was fifth in the world rankings and won the Monte Carlo Masters title. In the same year he played at ATP Finals and won the final against Novak Djokovic. He also played tennis as a team sport and competed in the 2017, 2018 and 2019 Laver Cup. Since 2016 he has also played in the Davis Cup and Hopman Cup.

In 2019 he won the Geneva Open and reached the quarterfinals of the French Open. The following season he won two consecutive ATP 250 titles and also reached the Paris Masters final.

In 2020 he won his 15th ATP final at the Madrid Open and is currently playing at the Halle Open 2021. Most recently he won a match against Ugo Humbert and his German compatriot Dominik Koepfer. He will play the next game on June 17, 2021 with Ugo Humbert.

Alexander has been involved in many media and legal issues due to allegations of abuse made against him by his ex-girlfriend Olga Sharypova. She reported that he had abused her emotionally and physically, and that he used to hit her. She also shared that he threw her out of the hotel room during the US Open in 2019 and also put a pillow on her face to hold her down. But these statements were refuted by Alexander.

Alexander is currently not known to be in a relationship, but he is known to have a daughter who was recently born in March 2021 to his ex-girlfriend Brenda Patea, a 27-year-old German model. But he seems to have a minimal connection with his daughter and the two have only been together for 12 months.

He used to date Olga Sharypova, who also made allegations of abuse against him. In his free time, Alexander also enjoys other sports such as golf and basketball. He is also known as a fan of the Miami Heat in the NBA.

Zverev is known for being close friends with fellow Brazilian Marcelo Melo and the latter often visits to watch Alexander’s games. He is rumored to have diabetes but nothing has been confirmed.

Alexander has been playing professional tennis since 2011 and has been very active ever since. His net worth is estimated to be around $25 million. He has won several ATP finals and other matches and tournaments. Alexander also achieved high world rankings and earned a lot of wealth in his career. He has derived most of his income from his tennis playing career and also earns through photo shoots, advertisements and endorsements.