Chrisean Rock is an American rapper, YouTuber, model, and internet personality. She developed in the music industry and is best known as a Blueface artist. Blueface is a 25-year-old American rapper, given the birth name Johnathan Jamall Porter. Chrisean Rock is often seen in conflict because she often calls herself a Blueface friend, but the boy is already committed and has had a girl in his life to the point where he fathered a child with her. 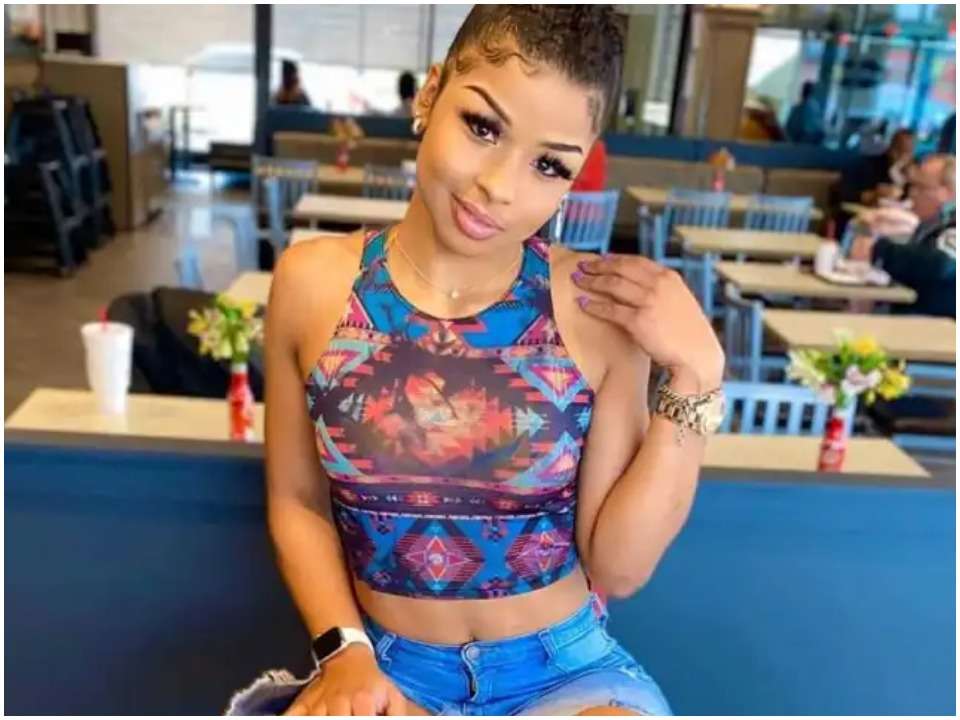 Chrisean Rock was born on March 14, 2000, grew up in Baltimore, and lived in the city’s neighborhood during her teenage years. Rock, who is only around 22 years old, belongs to a large family of 12 children in which she has 10 younger siblings and 1 older sibling. She is currently said to live in the Los Angeles area, but she often says that Baltimore has always been a special place for her, having grown up there.

Rock hasn’t provided any direct details on her religion, but it seems like she’s a Christian because she mentioned that “Jesus is King” in her Instagram bio. Also, Rock had to work hard to earn a living since she was a child, as she became homeless at the age of 9 without having a permanent home for several years – all while she was still at school.

Ex-Blueface Artist Chrisean Rock was reportedly arrested on Friday (May 13, 2022) in New Orleans on a bench warrant out of Oklahoma. According to the Orleans Parish Sheriff’s Office website, she’s currently in custody at the Orleans Justice Center.

Chrisean Malone was originally arrested in February for stealing Blueface’s Mercedes G-Wagon to get home to Baltimore. She was also in possession of crack cocaine when she was pulled over.

Blueface called her shortly after her arrest and posted on his Instagram Stories, “Bitch stole my car and thought she was gone drive to Baltimore 25 hrs away. Dumbass. A thief is the worst thing you can be as a female. I’d have more respect for a prostitute…talk bout some ‘come bail me out.'”

Even though Rock comes from a big family, things weren’t easy between her and her family members even as a child. Her father was sentenced to prison when she was a child and he didn’t meet her until she was 7 years old. On the other hand, Rock’s mother was struggling with her addiction and it was difficult for the child to maintain a consistent lifestyle in her home. As a result, she endured a stressful childhood, but still carried the love for her parents and was often held back by her siblings when something was wrong with her childhood.

Rock endured abuse as a child, according to her interview with a local Fox News station in Baltimore, where she revealed that she was “choked” and “beaten” during her childhood. According to her LinkedIn profile, she is a graduate student at Santa Monica College in California, where she learned to track with the help of her cooperative trainer. She received a degree in kinesiology and movement science back in 2020.

Chrisean is often seen spending her time with Blueface and rock has been known to work for the American rapper. Despite this, she is the owner of a YouTube channel, which she started back in 2018 and has collected around 25.8K subscribers. Additionally, she has more than 850,000 total views, the highest of any video on her YouTube channel to date.

Chrisean Rock has also shown her presence in the competitive game show called Ultimate Tag which aired on the Fox channel. Not only did she do well on the show, but she also earned around $10,000 in prize money. Rock is very close to the fashion world and it seems like she has a great fashion sense in her life. That’s why she’s the latest brand ambassador for apparel companies called Ethika and Fashion Nova.

Although Blueface, the famous American rapper, has a child named Javaughn Porter, who was born in 2017, he has often been linked to singer/rapper Chrisean Rock. The dating rumors resurfaced when Rock had a tattoo of rapper Blueface on her neck, although Blueface apparently said there’s nothing romantically brewing between the two. Before this scenario, Rock had the name Blueface written all over his face.

It is sure that Chrisean Rock has to make a lot of money due to her multi-professional lines like rapping, singing, modeling, YouTube association, TikTok association, and her collaboration with rapper Blueface. At the moment, Rock’s estimated net worth is around $1.5 million, which is enough to support her moderate lifestyle.