Sheree Zampino is an American actress, producer, television host, and entrepreneur who is best know as actor Will Smith’s ex-wife. She is known for her few outstanding works and projects such as Our Journey (2001), Games People Play (2019), and When the Time Comes (2000). 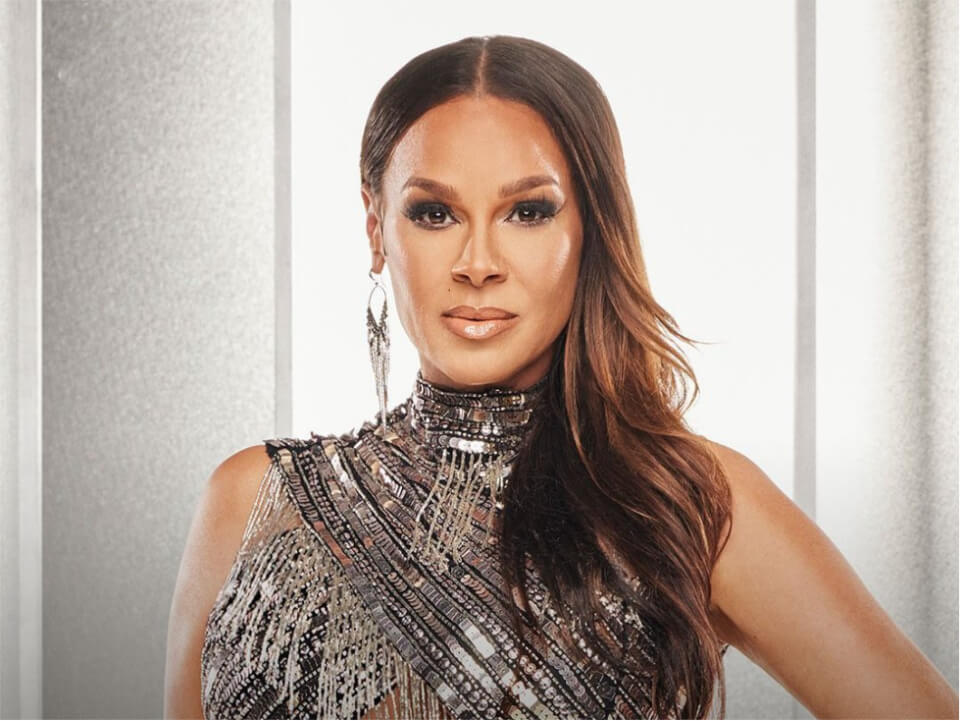 Previously, she stayed in the news because of her previous marriages to Terrell Fletcher (second husband) and Will Smith (first husband).

Sheree Zampino was born Sheree Elizabeth Zampino in Schenectady, New York. She was born on November 16, 1967; she lives in her 55s. She is of mixed Italian and African American descent. Sheree received her degree in fashion from the Fashion Institute of Technology in New York City. She then studied fashion merchandising at the Fashion Institute of Design & Merchandising (Los Angeles).

“As a little girl, when everyone was leaving cookies for Santa, Sheree left drawings of divas in their very own fashion designs!”

After completing her undergraduate degree, she moved to Los Angeles. She then began another degree in fashion and came to LA to work in the fashion industry as a designer, actress, and painter. Despite her own hard work in various industries including painting, acting, television, and fashion, she is widely known as the ex-wife of actor Will Smith. The couple was engaged to each other in the early 1990s, but their marriage didn’t last long and ended in divorce.

From 2012 to 2014, Sheree Zampino appeared in all three seasons of the reality series Hollywood Exes by VH1. The show featured the famous ex-wives of various popular and established celebrities. A few included Nicole Murphy (Eddie Murphy), Jessica Canseco (Jose Canseco), and others.

While married to Fletcher, Zampino worked continuously for approximately six years as the women’s ministry director at City of Hope International Church. She also opened her self-titled boutique in 2009 and the brand includes various products related to clothing, jewelry, sunglasses, and accessories collections. Sheree also hosted “Sip and Shop” events to promote her boutique work across the country. She’s also the owner of Whoop Ash, a line of hydrating body butters that she launched in 2006.

Sheree is available on Instagram with her self-titled or real name. Zampino promotes the Whoop Ash brand and sells moisturizing body butter.

She shares a strong bond with her ex Will Smith and Trey. She has a verified account on Instagram with more than 375K followers.

Sheree Zampino was married to Will Smith and the marriage barely lasted three years. Later both partners married other people. Smith married actress Jada Pinkett Smith in December 1997, and Zampino tied the knot with former NFL player Terrell Fletcher in 2007. But it seemed like Zampino had something else in her fate. She married Terrell Fletcher in 2007 and after a few years, the couple divorced somewhere in 2014. The former couple (Smith and Zampino) had to work hard to maintain their friendly relationship and co-parent their only child, Trey Smith (born November 11, 1992).

On the other hand, Zampino also developed a close relationship with Smith’s youngest wife. In 2022, Zampino appeared on the Real Housewives season 12 where she revealed that it had been very difficult to maintain a relationship with her ex-husband and get through the times she had in the past. However, Zampino maintains a close relationship with her ex-husband and the couple proudly shares each other’s pictures on their respective social media and wishes each other on their birthdays. The former couple even posed for the awards ceremony in March 2022, with Smith holding the Oscar in his hands.

Relationship with Will Smith

Jada Pinkett Smith (Will Smith’s youngest wife) and Will Smith’s ex-wife Sheree is on the right track in their relationship. Still, as the current wife has pointed out, they had to overcome many things during their time together. The two appeared on the final episode of “Red Table Talk,” which had co-host Adrienne Banfield Norris helming the show, and mid-conversation it all went like this — “how things went between two wives.” The youngest wife, Pinkett Smith, admitted the two women had developed a friendly sisterhood, but it wasn’t easy for either of them. In the show, which appeared on Facebook, the two wives (one new and one ex) sat next to each other at the table.

Sheree Zampino is an American entrepreneur who is known for earning quite a decent income from her at least two ventures – one in fashion selling fashion-related products and one in body lotions. According to Celebritynetworth, she is reported to have a net worth of $6 million.