Sofia Richie is a young and beautiful American model, social media personality, and fashion designer. She is famous because of her father Lionel Richie who was a world famous singer and songwriter and her sister Nicole Richie who is an American television star. As an American model, she also has opportunities to appear or be featured with top fashion brands such as Adidas, Chanel, Tommy Hilfiger and Michael Kors. 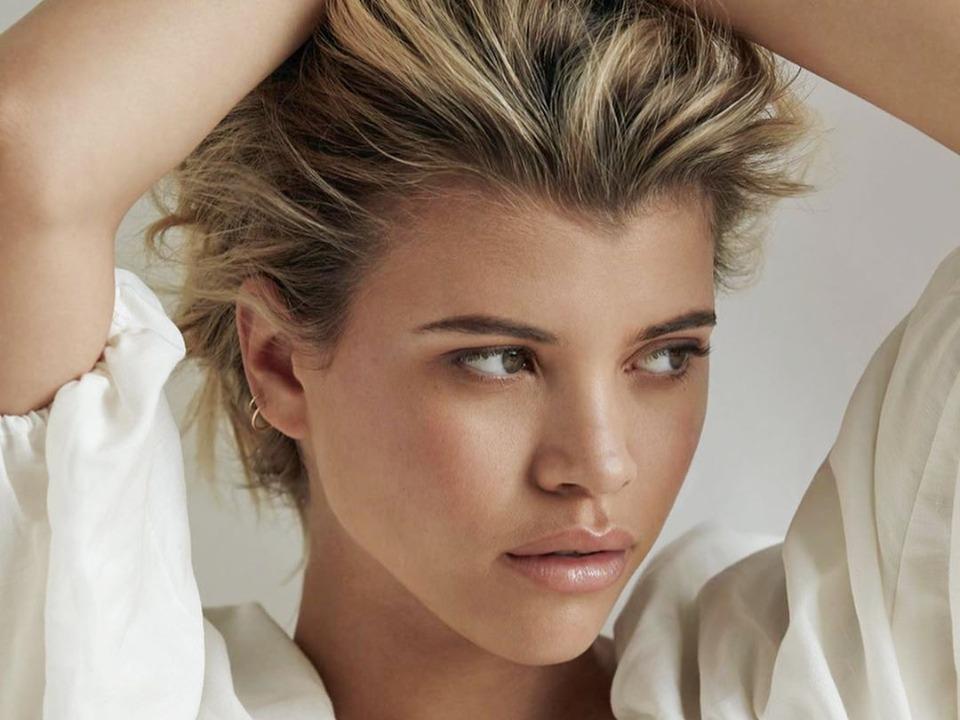 Sofia Richie was born on August 24, 1998 in Los Angeles, California. She is the daughter of the famous singer “Lionel Richie” and his second wife “Diane Alexandra”. She has two siblings, brother named Miles Brockham Richie who works as Creative Manager and sister named Nicole Richie who is a famous TV personality in America. Her godfather was a singer named Michael Jackson who ruled the world in the 80’s and also shared her childhood memories with his daughter named Paris Jackson. She grew up in a life where she was always captured by millions of fans and media and couldn’t live a normal childhood life.

Born into the world of the music industry, she learned to sing at the age of 5 and played the piano when she was 7, receiving singing lessons at the age of 14 from Tim Carter, an American musicologist who specialized in Italian Baroque music . She later lost interest in music due to growing pressure to meet her father’s fan expectations and began appearing on American television with her sister. She attended Oaks Christian School and was nicknamed “Celebrity High”. Soon she began touring the world with her father and homeschooling. She grew up a tomboy and also played soccer until she was 16. She also had many celebrity star children as her friends like Kylie Jenner who is a millionaire, businesswoman and model.

Lionel wanted Sofia to work hard so she could earn her own pocket money, her efforts have clearly paid off and proved to be morally upright. She started her modeling career at the age of 14 when she got a chance to work for the famous American magazine Teen Vogue. At the age of 15 she signed her first contract with the Mary Grace Swim, a Los Angeles-based Swimwear Company. The next year, a deal was signed with Select Model Management, a London-based modeling agency. She was also part of an online campaign working with Teen Vogue and Olay.

In 2015, she appeared with the editors for magazines such as Elle Girl. She made her runway debut for famous brands and shows like New York Fashion Week, Chanel, Kanye West’s Yeezy line, Dolce & Gabbana. With her composure and flowing style, she also dominated the covers of numerous international fashion magazines. Most recently in 2020, she appeared on the cover of the April 2020 US Cosmopolitan and the July 2020 UK Cosmopolitan.

On July 8, 2019, she collaborated with Frankie’s Bikinis to launch a colorful swimwear collection. She created her own clothing line called Sofia X Missguided. Missguided is a UK retailer. This collection was unveiled on September 17, 2019. Later in February 2020, she revealed another collaboration with a denim brand, Rolla Jeans.

In March 2020, her expansion of the collection into a clothing line and also the launching of a beauty company focused more on hair and skin was reported. Other partnerships She also promotes the brand through her social media account. She has partnered with brands such as Cheetos, Nip+Fab and Lulus.

Richie was in a relationship with singer Justing Bieber from August 2016 to December 2016. She started dating Scott Disick in May 2017, they confirmed their relationship in September 2017. They even received a lot of criticism, despite having a 15-year age difference between them, that their relationship was working.

Sofia also had an appearance on a show called Keeping up with Kardashian, which showed that Scott, his ex-wife Sofia and their kids spent a lot of time together while on vacation. Having gone through ups and downs in a relationship, they finally decided to break it off in May 2020 but still stayed in touch with each other. In August 2020, Scott decided to end the relationship and move on. As recently as September 2020, Sofia Riche and Jaden Smith seem to be quite close and rumor has it that they are dating now.

According to the sources, her net worth is approximately $8 million. Since building her own career from jet lag to sleepless nights, Sofia has worked hard enough to stay afloat in this dynamic environment.