Anne Wojcicki is an American entrepreneur, and a businesswoman. She co-founded and served the position of CEO for her company 23andMe. She founded the company in 2006 with her other partners Linda Avey and Paul Cusenza. The company 23andMe provides public access to genetic information and is now approved by the health department for carrying out genetic procedures for a few selected diseases and rare illnesses. She was married to Goggle co-founder Sergey Brin and later got divorced after two giving birth to two children and spending eight years together. 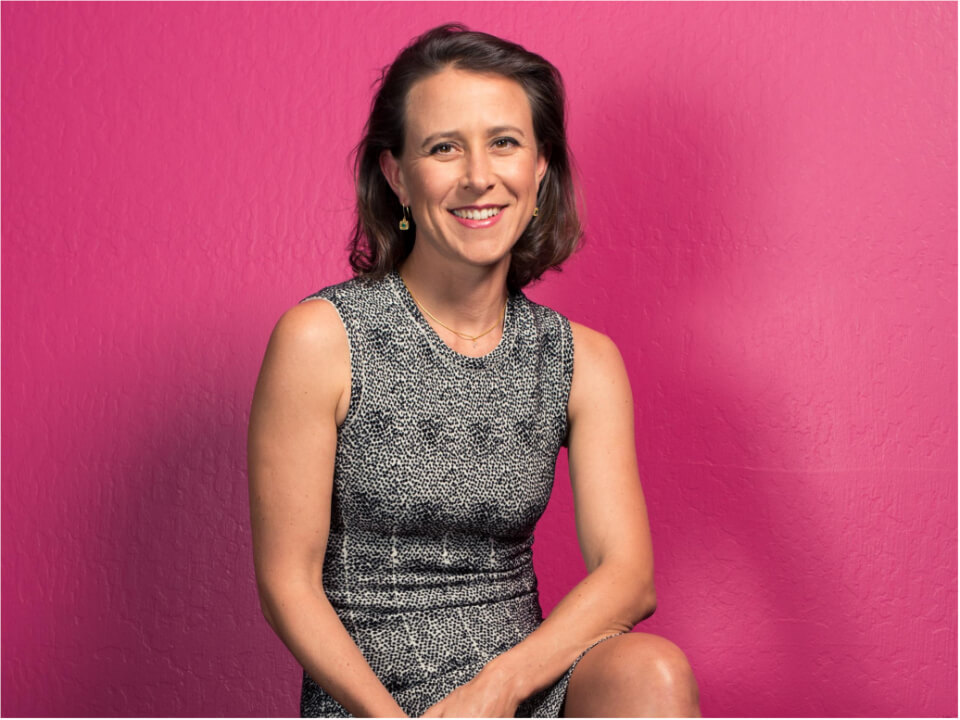 Anne Wojcicki was born in 1973, making her 49 years old as of 2022. She shared her childhood with two older sisters named Susan Wojcicki and Janet Wojcicki. Her one older sister Susan is the recent CEO of YouTube and her other older sister Janet is an anthropologist and epidemiologist. All the three sisters were loved, nurtured, and raised by their loving and caring parents Esther Wojcicki, who is an educator, and Stanley Wojcicki, who is a Polish-born physics professor. All the three sisters, including Anne Wojcicki, were brought up on Stanford’s campus.

Anne went to Gunn High School in Palo Alto, California. While in high school, she earned the opportunity to edit the newspaper The Oracle and later earned a scholarship for her sports stories. Anne is a graduate student of Yale University, where she received her Bachelor of Science in Biology in 1996. During her time at the university, Anne played for the women’s ice hockey team. Later, she received her higher education at the University of California, San Diego, and also conducted her research in biology at the National Institutes of Health.

After graduating, Wojcicki entered the private sector to gain experience. During her initial period of professional life, she worked as a healthcare consultant at Passport Capital. The company Passport Capital is a San Francisco-based investment funding company. She also pursued her working job at Investor AB. She worked as a healthcare investment analyst for continuous four years while fulfilling the responsibilities of healthcare investments and focusing on biotechnology companies. Seeing the culture of Wall Street and the inclination toward health care, Anne decided to forgo the Medical College Admission Test and enrolled herself in medical school, instead of further going with her biological research.

Wojcicki, today, has earned her popularity for being the CEO and co-founder of 23andMe. The company helps people to have information on their DNA testing, allowing the consumers to understand the risks to their health and ancestry. She discovered the name and founded her self-funded company in 2006 along with her other partners Linda Avey and Paul Cusenza intending to provide common people access to their genetic information. The company was started with at least $300 million of investments with the main aim to provide revolutionizing healthcare facilities with DNA testing.

It was named because of the presence of 23 pairs of chromosomes in normal human being cells. The company was also named “Invention of the Year” by Time Magazine in 2008. Since the beginning of the year 2015, the company achieved the authority to start health-related tests for the detection of the risk factors and diseases like cystic fibrosis, sickle cell anemia, certain cancers, and others.

Anne Wojcicki was married and divorced. She exchanged the rituals of marriage with Google co-founder Sergey Brin in May 2007. The pair produced two children, a son named Benji Wojin born in December 2008, and a daughter named Chloe Wojin born in late 2011. In 2013, the couple got separated and stopped living together in one marital house. Later in 2015, they finally received their divorce. Even after the divorce, the pair continue to run their jointly operated company named The Brin Wojcicki Foundation. The couple gained huge limelight after they gave the support of at least $1 million to the Hebrew Immigrant Aid Society in 2009. After the divorce, Anne Wojcicki had a brief relationship with her other male partner Alex Rodriguez, a former baseball star but the pair broke up in 2016 after spending one year together.

Anne Wojcicki is an American businesswoman and is known to have a net worth of around $800 million, as per Celebrity Net Worth. She is the recipient of lots of awards and accolades including “The Most Daring CEO” by “Fast Company”. She also founded another company named the Breakthrough Prize. Anne got herself featured in Forbes Magazine and was enlisted in the “Global Game Changers List 2017,” and in 2021, she was ranked #25 on its “America’s Richest Self-Made Women” list and was ranked world’s number #90 in the list of “World’s Most Powerful Women”.