Eliza Rycembel is a Polish actress who was the winner of the best supporting actor award at the 44th Polish Feature Film Festival in Gdynia for the film Corpus Christi. She is best known for her role as Lila Sliwinska in the 2014 drama film Obietnica. 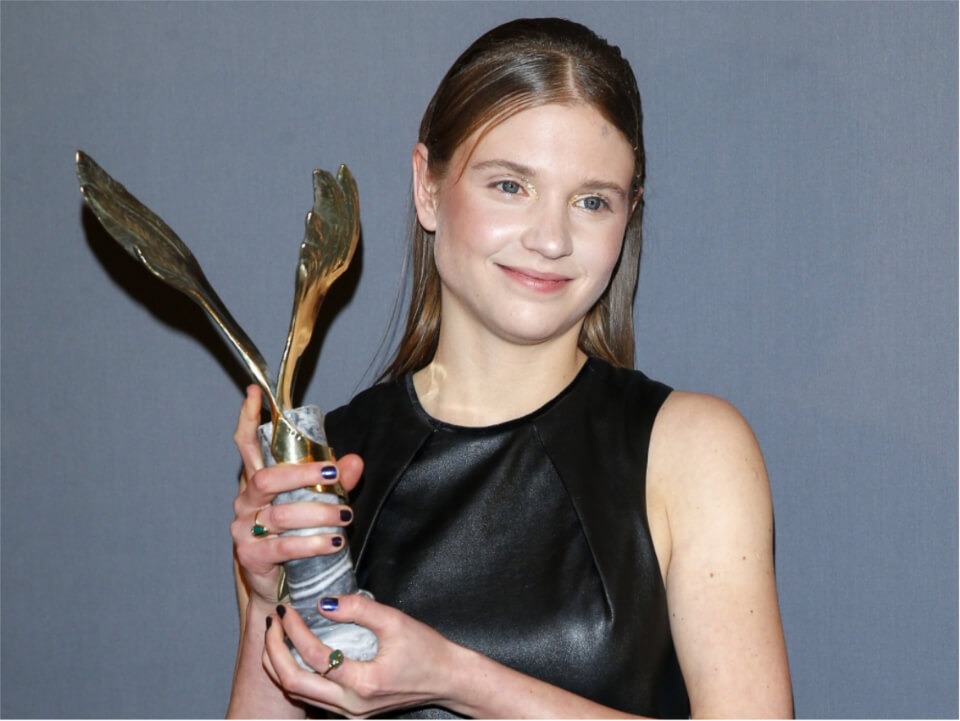 In 2014 she was honored for her work with the prize for best actress at the International Film Festival for Children and Youth in Vienna.

Eliza Rycembel was born on May 2, 1992, in the Polish capital of Mazowieckie, Warsaw. She was brought up by her parents – her mother, Beata Rycembel, who is a businesswoman, and her father, about her siblings, no information is currently available. She has Polish citizenship and is Catholic. Eliza was so interested in dancing that from the age of six she studied ballet in the Hanna Kaminska Dance and Acting Studio of the General Ballet School. It is reported that Eliza was persuaded to study medicine and specialize in psychiatry or neurology, but eventually got into sociology and soon realized she wasn’t meant for it. After that, she discovered her potential in acting. She came to Lart Studio to study acting. She later joined the Aleksander Zelwerowicz National Academy of Dramatic Art in Warsaw and graduated in 2019.

Eliza’s on-screen debut as Lila Sliwinska in Obietnica received her first prize in 2014. From then on she never looked back. In 2015 she landed the role of Clara in Carte Blanche and appeared back to back in the films The Innocent, First Time, and Wszystko gra. In 2018 she starred as Magda in the film Nina and 2019 turned out to be the golden year for her as three of her films were released that year – Wanda Juszczekiczówna in Piłsudski, Ewa in Ciemno, prawie noc and Marta in Corpus Christi. She stepped into the limelight for her role as Marta. She is now working on her projects such as Irena’s Vow and Family Secrets. In her 5-year screen career, she received three awards for her commendable work.

In addition to her acting career, she also excels as a voice actress. She gave her voice to the podcast series Teatr Polskiego Radia and Upadek gigantów. She also did a voiceover job for the short film Kosmos.

liza has an aesthetic Instagram feed where she posts her shoots, behind-the-scenes and travel pics. Her Instagram has 20.9K followers and good engagement. Although she is not on Twitter, several tweets with her name hashtags are posted by her fans.

Eliza has kept her private life away from the media and as such, it is a mystery whether she has a partner or not. E

Eliza Rycembel is a Polish actress who has built a solid name and reputation in the industry. She hasn’t been in the industry for more than six years, but her dedication to her work has made her successful and popular. Her work in films, series, podcasts as well as short films is appreciated from time to time. She has earned so much that she lives quite a lavish lifestyle and it is reported that her estimated net worth is $900,000.