Elsie Fisher is a seventeen-year-old American actress originally from the United States of America. Elsie is known in the showbiz industry for her role in the comedy-drama film Eighth Grade, which was released in 2018, and has also lent her voice to several animated films. 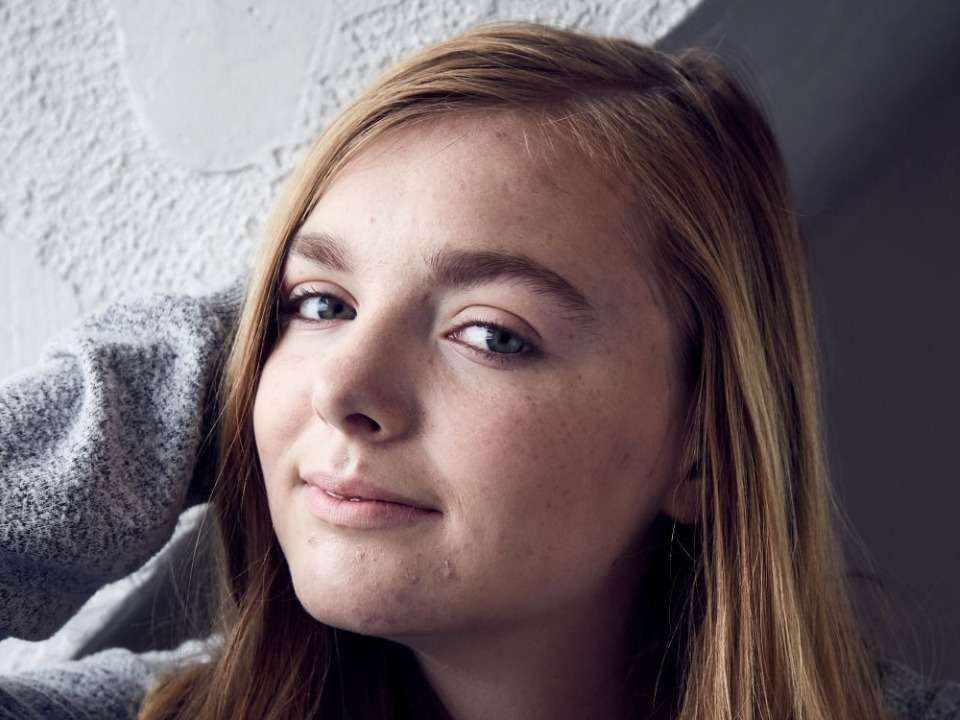 She was born on April 3, 2003 in Riverside, a city in California in the United States of America. She was raised by her father, Christopher Fisher, along with her brother, Nathan Fisher. Unfortunately, information about Elsie’s educational qualifications is not yet known.

Elsie began her career in showbiz at the tender age of six. She made her debut in a 2009 episode of the supernatural drama series Medium, which aired on NBC. She later voiced the nominal role for the English dub of a Russian animated series called Masha and the Bear. That was between 2009 and 2012. Perhaps the voice of Agnes from the Despicable Me animated series is ringing a bell. Unsurprisingly, Agnes’ voice was also Elsie’s. She also voiced Agnes in Despicable Me 2. These films were released in 2010 and 2013, respectively.

Elsie later played several other roles in this industry. She played the supporting role in the sports drama McFarland, USA which aired in 2015. By the end of March 2016, Elsie had appeared in an estimated sixteen national commercials, which is quite a feat considering she was fourteen. Perhaps one of her best and most prominent roles was as a low-income teenager named Kayla Day in the comedy-drama film Eighth Grade. This marked a directorial debut for well-known comedian Bo Burnham. Elsie received a lot of praise and support for her role in this film.

This performance helped Elsie win several awards, including a nomination for one of the most prestigious awards, the Golden Globe Award. Elsie was nominated in the Best Actress – Comedy or Musical category. Elsie then voiced a character named Parker Needler in an animated dark comedy film The Addams Family released in 2019. She also appeared in the second season of Castle Rock. Elsie has won several awards, some of which were Best Young Actress and Best Actress in a Comedy.

Elsie has a following of around 79.5k followers on Twitter where her name is @ElsieKFisher. She can be found on Instagram under the same name and has around 96.2k followers on her Instagram.

Not much is known about Elsie’s private life. What we do know is that she has a brother named Nathan Fisher. Another ironic and surprising fact that is known about Elsie is that she finished her eighth grade just days before filming the actual film Eighth Grade. There are some claims that Elsie attended Thousand Oaks Middle School in California, but there is no solid and concrete evidence to support this. Elsie was first discovered at the age of four when she jumped on stage and started performing at a jazz club. The American actress is currently single and busy with her work. All she cares about is building her career.

According to recent reports, this amazing young talent has amassed a staggering net worth of between $1 million and $5 million, which is pretty amazing considering she’s only 17 years old. We wish her all the best in her future endeavors.