Jessica Kirson is such a powerhouse on the comedy stage. She has appeared in countless comedy shows with countless comedy characters and has racked up almost 50 million views on social media. Jessica is one of those women who never misses an opportunity to show you how amazing you are to have women in this world. According to her IMDb bio, Jessica is an actress and producer. She is known for her comedy shows, films and performances and works such as The King of Staten Island (2020), School Dance (2014) and The Comedian (2016). She is the stepsister of celebrity Zach Braff, who plays JD in Scrubs (2001). 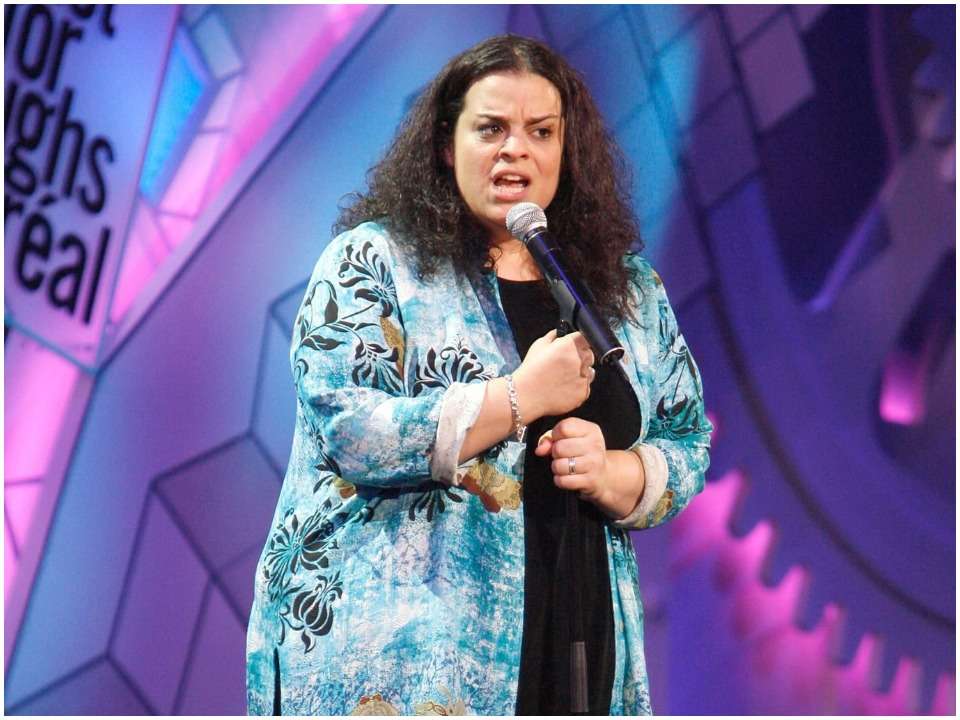 Jessica Kirson was born on November 14, 1969 in South Orange, New Jersey. She is an American personality and is often credited as an actress for some of her roles in films. She comes from a circle of famous siblings, including actor Zach Braff, writer Joshua Braff, fashion designer Shoshanna Braff and screenwriter Adam J. Braff.

Jessica is the producer of FX’s Hysterical, a feature-length documentary exploring the landscape of women in stand-up comedy starring numerous big-name comedians. She is also a cast member of an hour-long special called Talking to Myself, executive produced by Bill Burr and debuting on Comedy Central. She is also a regular on shows like This Week at the Comedy Cellar and The Tonight Show with Jimmy Fallon, The View, Kevin Can Wait, The Tonight Show with Jay Leno and many more.

She performed as an actress and served as a consultant, writer and producer on the Robert De Niro film The Comedian. Jessica was the performer on Prank Call’s album The Call Girls, in which she co-starred with Rachel Feinstein, and the album was previously released on September 24, 2021.

The album was virtually recorded during the quarantine period and featured an elderly Jewish grandmother. sexy female students, a gay son, a conservative mother and many more characters. Jessica has also appeared on the new podcast called Disgusting Hawk and another podcast called Relatively Sane where she has appeared alongside interviews by Bill Burr, Jim Gaffigan and Rosie O’Donnell.

Jessica received the honor of being recognized as “Best Female Comic” by the MAC Association in New York City. She has also received the prestigious “Best Stand-up Comedian” of Nightlife award. In her spare time, Jessica poured her energy into The Howard Stern Show, where she produces prank calls for the program.

Jessica appeared on an hour-long Logo Channel special show called My Cookies Gone and appeared numerous times on The Joy Behar Show. She has also made her debut on the big screen, appearing in films such as Nick Cannon’s School Dance and providing her voice for The Howard Stern Show. Jessica is also a cast member in Robert DeNiro’s film The Comedian, where she serves as a consultant, producer and writer.

Jessica is the kind of personality who has been open about her sexuality since she first became interested in women. She is openly lesbian and is currently in a relationship with Danielle Sweeney whom she married back in 2014. Jessica and her wife exchanged marriage rituals back in September 2014 and have been happily married ever since. The two also share four adorable daughters (who are now teenagers). The couple welcomed their first daughter named Zoe, who is currently known to be 14 years old.

They later welcomed Bella, who is known to be currently around 5 years old and suffering from a heart condition. Kirson and Danielle share a pair of twin daughters whose names have not yet been revealed. The comedian and producer-actress often share pictures of their adorable daughter on their Instagram timeline. Before marriage, Jessica was in a same-sex relationship with her former partner Susan Powter, with whom she had been dating since 2008 and soon separated after a few years. Kirson often avoids talking about her past relationships and breakups.

Jessica Kirson is one of the most intriguing and hardworking personalities to have dabbled in different fields of entertainment industry. Whether films, stand-up comedy, productions and screenplays, she has conceived everything. Also, it is certain that she earns a good amount of money which allows her to lead a happy and temperate life. She has been known to pull in a payroll of around $20,000 per show. Summarizing their net worth, it ranges from $1 million to $3 million.