Jhay Cortez has built his own reputation in the music industry, but is best known for being Mia Khalifa’s fiancé. He is a singer and rapper by profession and is of Puerto Rican nationality. Jhay recently gained popularity when his love Mia, who is an internet sensation and social media star, shared her feelings about their relationship and her special feelings for Jhay. 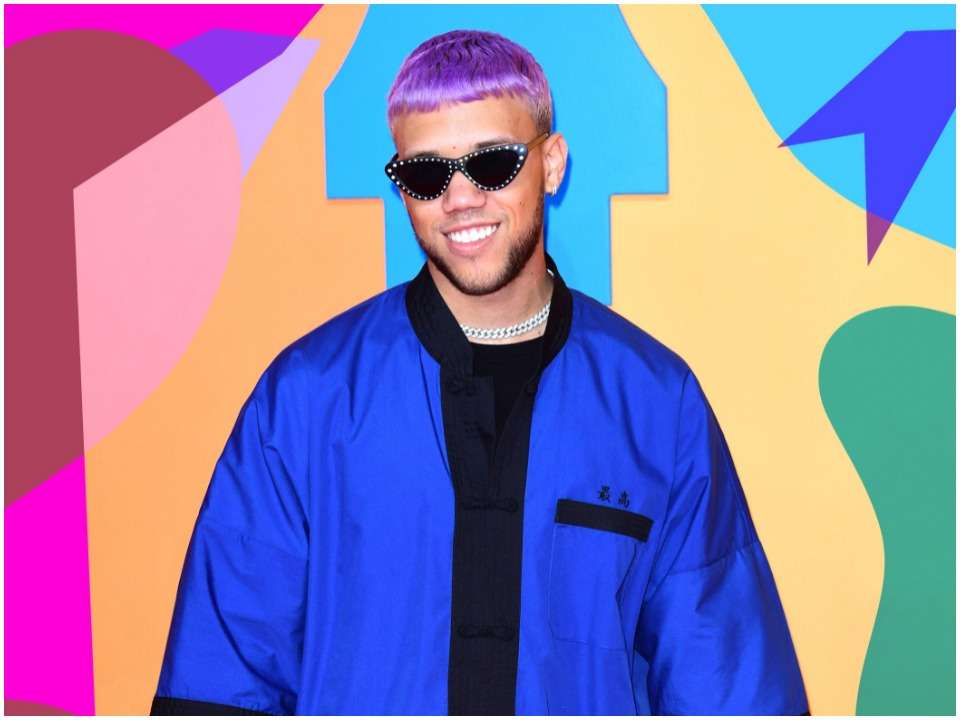 Jhay Cortez was born on April 9, 1993 and is 29 years old as of 2022. The young and aspiring singer/rapper was born in Río Piedras, Puerto Rico and later moved to Brooklyn, New York where he settled with his family. It states that Cortez had to develop a bilingual childhood with both Puerto Rico and New York citizenship.

Jhay Cortez was very young when he started preparing songs. The inspirational rapper has a long story to tell. He was almost 15 years old when he started composing songs and that piqued producer Eddie Dee’s interest in him. He began developing his songs alongside producers Lele “El arma secreta” and Eliel. With them he started writing songs and in this way he soon started connecting the industry. Together with the duo Zion & Lennox he worked and composed two songs called “Como curar” and “Detective de tu amor”.

Jhay has provided many of the industry’s blockbuster and well-known songs, including the hit Los Verdaderos album. He later worked directly on the five singles for Tito El Bambino and one of them was the hit called “Llama al sol” released on the 2011 album Invincible. With his special performance he became the winner of a Latin Grammy in the category Best Tropical Album.

Although Jhay Cortez got into the singing industry at the age of 15, he developed his profession in 2013 when he started as a singer and started singing for the Latin pop group called Stereo 4. Stereo 4 was born with the idea of ​​Joel Baez, who took the plunge with Roberto Sanchez and worked on the inseparable working duo Jhay Nieves (singer of the group). Stereo 4 was originally a group of four different voices. The singing group then consisted of four different young personalities, all in the stage of their youth. Names included Jafet Cortes, Eduardo Esteras, Rubén Chinea and Jesús M. Nieves. At some point, Cortez established himself as a soloist.

In 2016, the young singer-rapper worked with the group for the last time for the hit “Te quiero ver,” which was (in reality) his former group’s collaboration, and he debuted the song as a soloist. On August 22, 2017, Cortez, along with the help of producer HAZE aka Fino, better known as El Haze, signed a deal with Universal Music Latin Entertainment company. He released the song for the company in his first single under the label “Donde no se vea” which he made a hit in collaboration with Jory Boy and Pusho.

In early 2021, Cortez helped produce Los Legendarios and collaborated with Wisin on the song “Fiel.” The song later peaked at number 9 worldwide on the list of Spotify music platforms. Later in March 2021, Cortez performed with Bad Bunny and worked on performing “Dakiti” at the Grammy Awards ceremony. Along with this release, Cortez received an IHeartRadio Music Awards nomination for Latin Pop/Reggaeton Song of the Year.

Young and inspirational singer or rapper Jhay Cortez has committed to his girlfriend Mia Khalifa. Both recently walked the red carpet at the 2021 Latin GRAMMYs. The pair played the game titled “How Well Do You Know Each Other” together during their chat with Billboard. The relationship came under the spotlight when Mia Khalifa announced her split from ex-husband Robert Sandberg in July 2021. Later, the then 28-year-old Puerto Rican singer and the adult entertainer got together on the platform Instagram and made their relationship public.

The couple announced they were together while sharing some of their posts and pictures on their respective timelines. On the other hand, singer Cortez confirmed the romance with young and one of the big socialites Mia Khalifa while posting a photo in an open-top car with Khalifa. The pair then engaged in a series of kisses in subsequent videos posted to Instagram.

Jhay Cortez earns quite a bit due to his career as a singer and rapper. He created much of his wealth through his only profession of singing. Cortez is estimated to have a net worth of $1.5 million. It is sure that he earns a lot due to his successful music career and entertainment career. He is notoriously popular in the industry and is sure to make an appearance or do more in the future.