Jalen Smith is an American professional basketball player who currently plays for the Indiana Pacers. He previously played for the Phoenix Suns and was recently traded to the Indiana Pacers in 2022. Its position is center/front position. In 2020, he was honored with the Third-Team All American, First-Team All-Big Ten, and Big Ten All-Defensive Team. 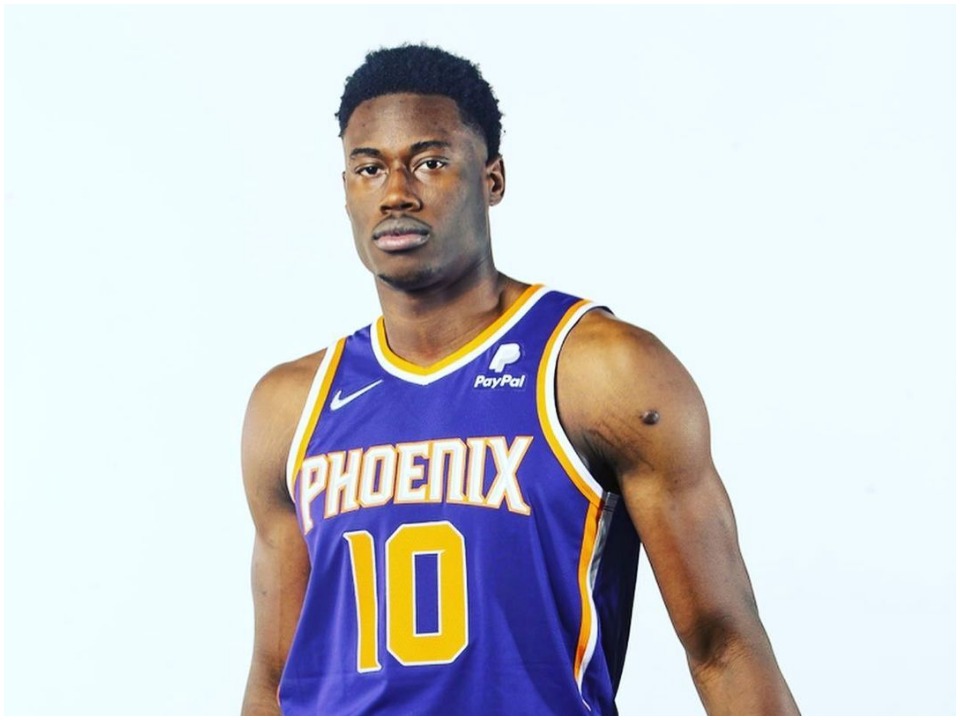 Jalen Smith was born on March 16, 2000 in Portsmouth, Virginia, USA. His parents’ names are Charles and Orletha Smith. He has a sister named Kiara Smith. From a young age he took an active part in various sports activities. Jalen attended Mount Saint Joseph High School, where he completed his high school diploma and also played basketball. For his further studies he went to the University of Maryland. He graduated in 2020 and also played college basketball.

During his senior high school career, he averaged 22.2 points, 12.0 rebounds and 4.0 blocks per game. On November 8, 2017, he signed a National Letter of Intent with Maryland. His total points as a freshman were 11.7 averages, 6.8 rebounds and 1.2 blocks. As a sophomore, he averaged 15.5 points, 10.5 rebounds and 2.4 blocks per game. He has been seen playing games against Belmont, LSU, Notre Dame, Northwestern and other teams. He was selected by the Phoenix Suns in the 10th pick of the first round in the 2020 NBA draft. He was later assigned to the Agua Caliente Clippers of the NBA G League.

In 2021, he was recalled by the Suns and ended his rookie season by making the NBA Finals. His scores were 15.8 averages, 10.2 rebounds, 1.0 block on shooting, 55.4% from field, and 85.7% from the free throw line. On February 10, 2022, he was traded to the Indian Pacers in exchange for Torrey Craig. The next day he made his debut against the Cleveland Cavaliers, where they lost 120-113. He also played against Minnesota Timberwolves and Milwaukee Bucks. In a match against Milwaukee, he had 11 points and 7 rebounds.

Jalen is an active user of social media applications such as Instagram and Twitter. In November 2014 he joined Twitter and has gained 12.6 thousand followers. On his Instagram account, he has earned 47.6 thousand followers and 476 followers. He enjoys entertaining his fans and posts a lot of content about his before and after games. Besides that, he also posts model pictures, pictures with his teammates, his girlfriend and his family.

Jalen is currently in a relationship with Kayla K. Kayla is a modeling and nursing student currently studying at Charles Sturt University. The details of how they met and all have not yet been shared. They like to post pictures of each other on their social media and like to make themselves comfortable and happy in their private life.

Jalen Smith earns primarily as a basketball player. He signed a four-year contract with Phoenix Suns valued at $19,328,224. His base salary is $4,458,000. According to sources, the details about his fortune have been kept private and not given the spotlight. He could also earn from brand endorsements as he was spotted promoting Buffalo Wild Wings in one of his Instagram posts.