An American author and actress, K Callan is best known for playing the role of Clark Kent’s mother, Martha, in the ABC television series Lois & Clark: The New Adventures of Superman. Katherine Elizabeth Borman was born on 9th January 1936 in Dallas, Texas, USA. 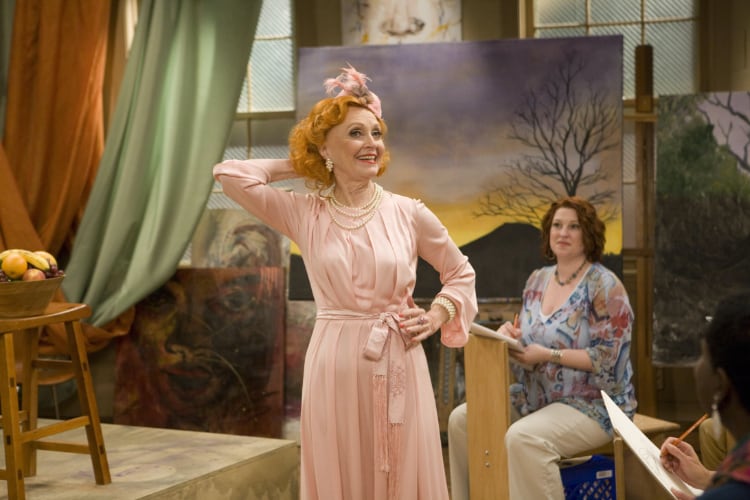 K Callan’s professional stage career began at the famous Margo Jones Theatre located in Dallas, where she apprenticed while studying at North Texas State University. She first performed on television in an episode of Route 66 that happened to be shooting in Dallas.

Stints singing at a local Air Force Base, teaching at her old high school, marriage with James Ruskin Callan in 1957, and three children delayed her planned move to New York. When she arrived in Manhattan with three young children in hand, she began her studies with Herbert Berghoff at HB Studios.

The career of K Callan includes theatre, film, and television. She gained her first national attention as Peter Boyle’s mousy wife as Mary Lou Curran in the legendary movie Joe released in 1970. She resumed her on-camera career in 1970 and started guest-starring roles in countless television movies and series such as One Day at a Time, St. Elsewhere, Carnivàle, JAG, Coach, and King of the Hill. She played a key role as lesbian Veronica in the Emmy Award-winning episode “Cousin Liz” of All in the Family. She portrayed the mother of April Stevens Ewing in several episodes of the penultimate season of Dallas.

Callan is a past Board Member of the Screen Actors Guild and is an active member of the Television Academy and The Academy of Motion Picture Arts & Sciences. Apart from her work as an actor, she has also written several books, including “Directing Your Directing Career”, “How to Sell Yourself as an Actor”, “The Script is Finished, Now What do I Do?”, “The Los Angeles Agent Book” and “The New York Agent Book”.

I consider acting to be a great adventure. First of all, the most adventurous part, will you be able to pay your bills and next and the best part is that it is so varied, even if you have the stomach for it, it is fun always wondering who I will work with this time, where, and what will the character be like.

K Callan has spent more than 50 years in an acting career as well as authored many books which gave her huge fame with money. According to reliable sources, her estimated net worth is around $15-$21 million. The net worth of Callan is just an estimate as there are no official reports available about her exact salary and net worth.