Sumner Stroh is a famous social media model or influencer and digital content creator. She has posted many videos and photos on various social media platforms but she hasn’t gotten enough attention. But things changed after she posted a photo in a rolled-up Texas Longhorns jersey and bikini bottoms ahead of her alma mater’s football team’s game against Alabama. The story went viral after being picked and published by some sports magazines or sports websites. She later collaborated with many online magazines, small product companies and a sports team as part of her PhD. 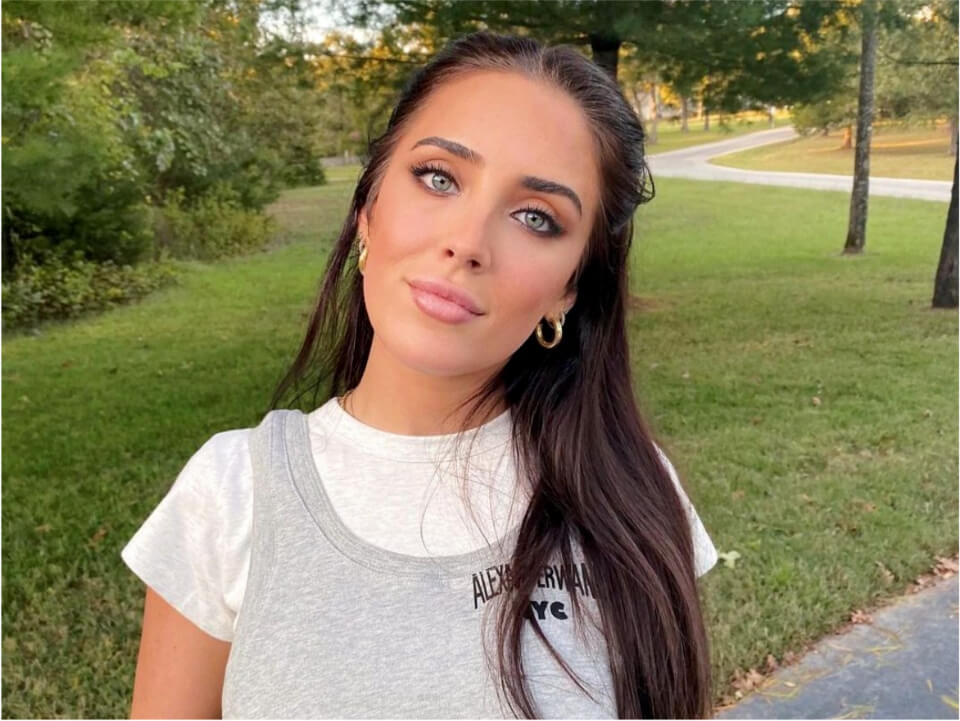 Sumner Stroh was born in August 1999 in New Braunfels, Texas. According to her Facebook profile, she attended New Braunfels High School. According to an August 2020 YouTube video, she celebrated her 21st birthday in Cabo San Lucas. Her mother’s name is Tracey Ann Stroh. She has three siblings, a sister named Baylen Stroh and two brothers named Brandon and Asher. Stroh likes to keep quiet about her family members. She has not disclosed any information publicly. She entered the University of Texas in 2016 and graduated in 2020 with a major in Economics and Advertising.

She started her modeling career after her 18th birthday. Currently, Sumner Stroh is represented by a talent management firm called Verge Agency, which primarily works with content creators. Prior to that, she was Marketing Director for jewelry company Strung by Stroh, founded by her sister in 2016. She also worked as an intern in the media manager position at Bumble and as a digital influencer at Boohoo Group PLC. During her modeling career, she has done promotions for various clothing brands including – Parade, Boutine Los Angeles and Savage X Fenty by Rihanna. In 2021 she also did modeling projects with KIKI – @kirapetilli in CABO in collaboration with @NimarohCreative, formerly a creative agency in Austin, Texas.

Sumner is active on social media platforms like – TikTok, Youtube, Linkedin and Instagram. @sumnerstroh has 377,000 followers on her official Instagram account. She is famous for modeling and sharing sexy bikini pictures on her Instagram. On her official YouTube, she has 6,27,000 subscribers, where she posted a video with the caption, “This self tanning hack went viral on my tiktok | How to get the best fake tan”. She has garnered around 67.5k views for her video. The video was made a year ago and still captivates her fans. Sumner supports BCRF (The Breast Cancer Research Foundation).

Sumner Stroh was in a relationship with a man named Adam Levine. She had a physical relationship with him and had known him for a long time. Adam Levine was married to Victoria’s Secret model Behati Prinsloo in 2014. Both are expecting their third child and will announce it on September 6, 2022. Adam shrouded his marriage details and did not reveal that he would be the father of a third child with his youngest wife. Even after having a wife and a wealthy family with children, Adam ventured into a physical relationship and an extramarital affair with Sumner Stroh.

Sumner has come under the internet spotlight in recent days following allegations against a man named Adam Levine, whom the Maroon 5 singer has since approached. She claimed she was “having an affair and relationship with Adam Levine. She said “I was young,” “I was naive,” and “I feel taken advantage of” on the platform on Monday, September 19 – and allegedly possessed receipts. According to Adam Levine’s conversations with Sumner Stroh in June, he asked Sumner Stroh’s permission to name his boy “Sumner” to show Adam’s affection for Sumner Strow.

In the chat, Adam asks “Ok, serious question. I’m having another baby and if it’s a boy I really want to name him Sumner. Do you agree? This embarrassed Sumner, so she thought about sharing all the screenshots with her boyfriend and revealed the same to her friends and other people on her social media accounts. After three months, she decided to go public with the full story and posted a video on her TikTok account (@sumnerstroh) revealing the chats with Adam Levine.

Sumner Stroh earns her main income from her professional career as a model and social media influencer. She has done various brand promotions and collaborated with different brands. It’s safe to say that she has an estimated net worth of at least $1 million.