Tomie dePaola was an American writer and illustrator who created more than 270 children’s books such as Strega Nona. He died on March 30, 2020, at the age of 85. He was born on September 15, 1934, in Meriden, Connecticut, and grew up during the Second World War crisis. In 2011 he received the Children’s Literature Legacy Award for his lifelong contribution to American children’s literature. 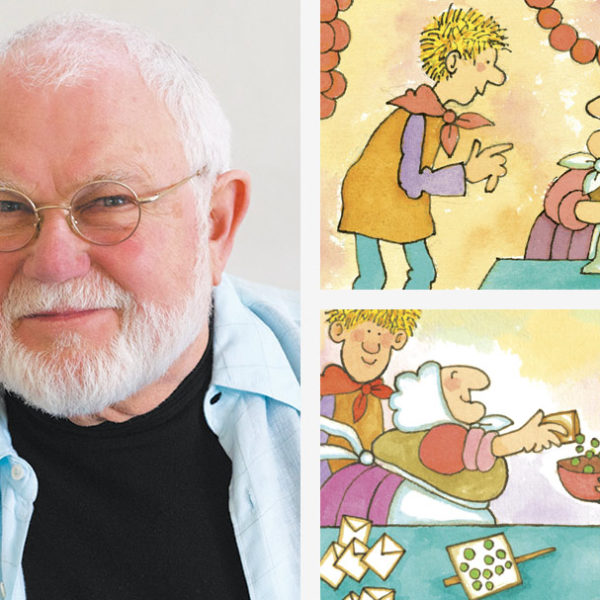 DePaola was born in Meriden, Connecticut, the son of Joseph and Florence DePaola into a family with Irish and Italian heritage. He had a brother, Joseph (nicknamed Buddy), and two sisters, Judie and Maureen. His book The Baby Sister is about the birth of Maureen.

He ascribes to his parents that they cultivated his love for books and made him a reader at a young age. When he was only four years old, he told people that he wanted to become an artist: “I will become an artist. I will write stories and draw pictures for books, and I will sing and dance on stage.” He was a stubborn boy who didn’t change his decision for a split second and only aimed at the artist profession.

After high school, Tomie studied art at the Pratt Institute in Brooklyn and graduated with a Bachelor of Fine Arts in 1956.

DePaola taught art outside of Boston from 1962 to 1966 at Newton College of the Sacred Heart and then moved to California, where he taught at San Francisco College for women from 1967 to 1970. He obtained a Master of Fine Arts from the California College of Arts and Crafts in 1969 and a doctoral equivalent from Lone Mountain College in San Francisco. DePaola moved to New England in the 1970s and taught art at Chamberlayne Junior College in Boston from 1972 to 1973. From 1973 to 1976 Tomie dePaola worked as an associate professor, designer and technical director at Colby-Sawyer College in New London, New Hampshire in the language and theater department, and as an author, set designer and costume designer for the children’s theater project. From 1976 to 1978 he taught art at New England College in Henniker, New Hampshire.

DePaola got his first book contract after graduating from Pratt, a job that illustrated a book called Sound. A short time later he published his book entitled The Wonderful Dragon of Timlin about a pink dragon that all people in the Kingdom of Timlin adored.

He spent a lot of time sharing his knowledge in the classroom, teaching in schools outside of Boston and California in the 1960s. In the 1970s, however, he returned to his home region of New England, taught art at Chamberlayne Junior College in Boston and worked at Colby-Sawyer College in New Hampshire. He taught, wrote, directed and designed sets and costumes for children’s theater projects. He followed this position with a teaching position at New England College before retiring from full-time classes.

DePaola retired from full-time tuition in 1978 to devote his time to writing and illustrating books. dePaola gave illustrations for Maggie and the Monster Baby (Holiday House, 1987) by Elizabeth Winthrop.

DePaola died at the Dartmouth-Hitchcock Medical Center in Lebanon, New Hampshire, according to his literary agent Doug Whiteman. He was seriously injured in a fall last week and died of surgery on 30th March 2020.

Author Lin Oliver mourned his loss, tweeting that “He was a creator of beauty and a beloved friend.”

New Hampshire Governor Chris Sununu made a statement and praised dePaola as “a man who brought a smile to thousands of Granite State children who read his books, cherishing them for their brilliant illustrations.”

In 1990 he was also the American nominee for the international Hans Christian Andersen Award in Illustration. The American Library Association named Strega Nona a Caldecott Honor Book and 26 Fairmount Avenue a Newbery Honor Book. In 2011 he was a laureate of the Children’s Literature Legacy Award (called Laura Ingalls Wilder Award until June 2018) for “a substantial and lasting contribution to children’s literature”. In 2012 he received the Lifetime Achievement Award from the Society of Illustrators Original Art Show.

The University of Connecticut, Georgetown University and the Pratt Institute have among others awarded him an honorary doctorate. The Pratt Institute called him “one of the 125 best Pratt icons of all time” in 2012. In 1999 Tomie was chosen for the New Hampshire Governor’s Arts Award of Living Treasure. 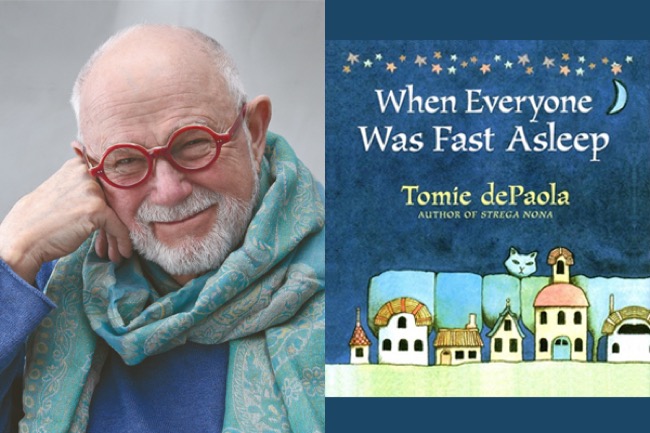 Whether he wrote his popular Strega Nona series, taught in an art and theater department at college or sang on stage and danced tap dancing, the 85-year-old Tomie dePaola can boast a rich and varied CV that goes back to a dream whom he had as a four-year-old child. Currently, the exact net worth of Tomie dePaola cannot be stated due to insufficient resources.