Singer/songwriter Jane Marczewski (Nightbirde) possesses remarkable talent and a soothing voice. She came into the limelight after an amazing performance on the 16th season of ‘America’s Got Talent’. Her singing draws viewers in, while her smile and positive thoughts make her even more attractive. She is full of talent and will be a popular star in the future. 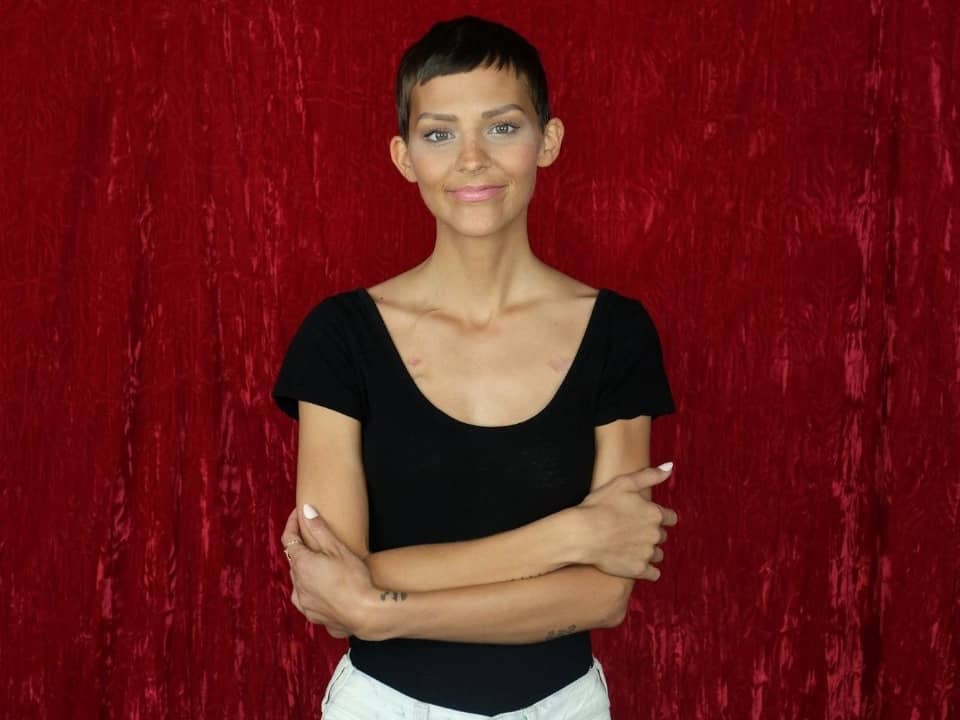 At the age of 31, she left this world for good on February 20, 2022. After a long battle with cancer, Jane passed away, but she inspired so many people. She became a worldwide sensation last year when she stunned the world with her soothing and amazing voice on the AGT.

Jane Marczewski was born on December 31, 1990 in Zanesville, Ohio, USA. Jane is her real name, but she is popularly known as Nightbirde. Speaking of family, then her father’s name is Mitchell C. while her mother’s name is Sharon Marczewski. She spent her childhood with six other siblings Jason, John Jr., Andrew, Micheal, Mitch Jr. and Katelyn Marczewski. No information is available on where she obtained high school, but she graduated from Liberty University in 2013. We’ll keep digging into her past and see if we can get any updates then we’ll post here so keep in touch with us.

Jane’s life was not easy as she had been through so much that her life was kind of chaotic. Passionate and talented since childhood, she used to write songs and keep a journal. Everything went smoothly for her, but it was September 2017 when her life was ruined. Jane was diagnosed with stage 3 breast cancer. She had to undergo chemotherapy, which required her to completely shave her head. After almost 10 months of treatment, she had won the battle against cancer, but she was suffering from the same disease again. In her 2020 blog post, she explained that countless tumors were found in her lungs, liver, lymph, nodules, ribs, and spine. She only had six months to live as the chances of survival were only 2%. In July 2020, the happy news broke on Twitter that she was cancer free.

Months after surviving cancer, she revealed on her GoFundMe page that she suffered a catatonic nervous breakdown, during which she hardly spoke, ate, or moved from bed for several months. The events were found to have caused physical trauma and 8% had their brain’s ability to process stress and emotions functioning. After the “brain wave therapy,” she recovered quickly. She then went to an audition for ‘America’s Got Talent’ and made the judges very emotional while performing her original song ‘It’s Ok’. She won a Golden Buzzer of the Season after a magical performance during the 2nd round of audition.

Nightbirde exit from the AGT

It is heartbreaking news for all of us as Jane has announced her departure from the AGT due to deteriorating health. We’re all waiting for live performances from all the Golden Buzzer winners, but we’re certainly hoping to see them better and perform on the show. That won’t happen, however, as she posted an emotional post on Instagram, writing: ”

Sharing my heart with the world at AGT has been an honor and a dream come true. My point of view this summer was amazing. What a miracle that the pain I’ve been through can be reworked into beauty that makes people across the world open their eyes wider. Since my audition, my health has deteriorated and battling cancer is taking all my energy and attention. I am so sad to announce that I cannot continue this season of AGT. Life doesn’t always give breaks to those who deserve it – but we already knew that. Thank you for all your support, it means the world to me. Stay with me, I’ll be better soon. I plan my future, not my legacy. Pretty broken, but I still have dreams.

After a career break, Jane returned to her homeland for a short vacation. During this time, she fell in love with fellow musician Jeremy Claudio, and after a few months of dating romantically, they married in 2015. The couple married in a small town wedding at Sparta Restaurant & Coffee Shop in Newark, Ohio. However, her life changed completely after she suffered from stage 3 cancer and nearly lost her life. Her husband Jeremy said things hadn’t worked out well and wanted to give it up, so they split in 2020.

According to sources, it is known that she was 15 weeks pregnant when she lost her baby. Jane shared a four-part Instagram post about her struggles with cancer and how healing treatment helped her cope with a collapsed married life. She wrote in one of her blogs,

“I’ve had cancer three times now and I’ve barely turned thirty. Sometimes I wonder what I must have done to deserve such a story. I fear sometimes that when I die and meet God, he will say that I have disappointed him or offended him or failed him.”

Rumors are being circulated about Jane’s death but this is not accurate as some websites claim that she passed away on June 9th 2021. She thanked everyone for the overwhelming and ample support for her. Also, we could not find any authentic news source that has reliable information about this scam so please do not trust this and we pray for her healthy life and speedy recovery.

Nightbirde has been through a lot in her life. She keeps up despite the odds and spends the rest of her time doing what she loves. Unfortunately, her net worth and annual salary are not mentioned anywhere. She has potential and it is the highest value she carries. She believes in measuring value by the quality of life she has lived rather than the money she has earned.