After ending the rumors of an alleged pregnancy in December 2021, At the end of January this year, the singer showed her baby bump and officially confirmed her pregnancy during a walk in New York City with her partner, rapper A$AP Rocky. 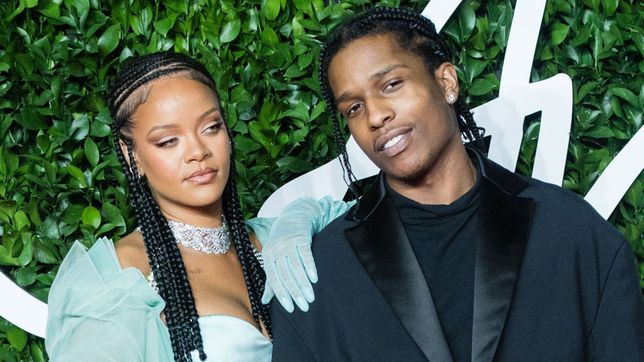 The Barbados-born was photographed by local paparazzi wearing an $8,000 pink Chanel coat that was only buttoned at the top, with no blouse underneath, revealing her baby bump.

Three and a half months after the announcement, Rihanna and A$AP Rocky have officially become parents, as the couple welcomed their first child together.

Although it is not yet what his name is and the couple has not announced it, TMZ has reported that The couple welcomed the baby on May 13 in Los Angeles. The medium added that it is a boy.

The last time Rihanna was seen in public was on May 9 in Los Angeles. for Mother’s Day weekend. She and Rocky had dinner at Giorgio Baldi’s.

Since announcing her pregnancy, Rihanna grabbed all the spotlight wearing the best designer looks and proudly showing off her baby bump. However, at this stage, there was also some drama, because A$AP was arrested last month.

Police staged a surprise raid when the couple’s private plane landed at LAX. Police sources told TMZ that the arrest was related to an incident in which Rocky was accused of shooting an acquaintance.

Despite the incident, Rihanna didn’t hesitate to continue supporting A$AP, even attending one of his shows a week after the arrest, cheering him on backstage.

The new baby is the first child for both Rihanna and the rapper.