Sam Buttrey, an American professor is the new contestant who won a spot on the recent Tournament of the Champions show Jeopardy. He earned a special spot on the show on the night of November 10, 2022. He is currently working as an Associate Professor of operations research at Naval Postgraduate School in Monterey, California, and caused a stir by winning the first Professors’ Tournament last December. During the competition, he was among 14 other professors who wanted to test their knowledge and trifles in the United States. 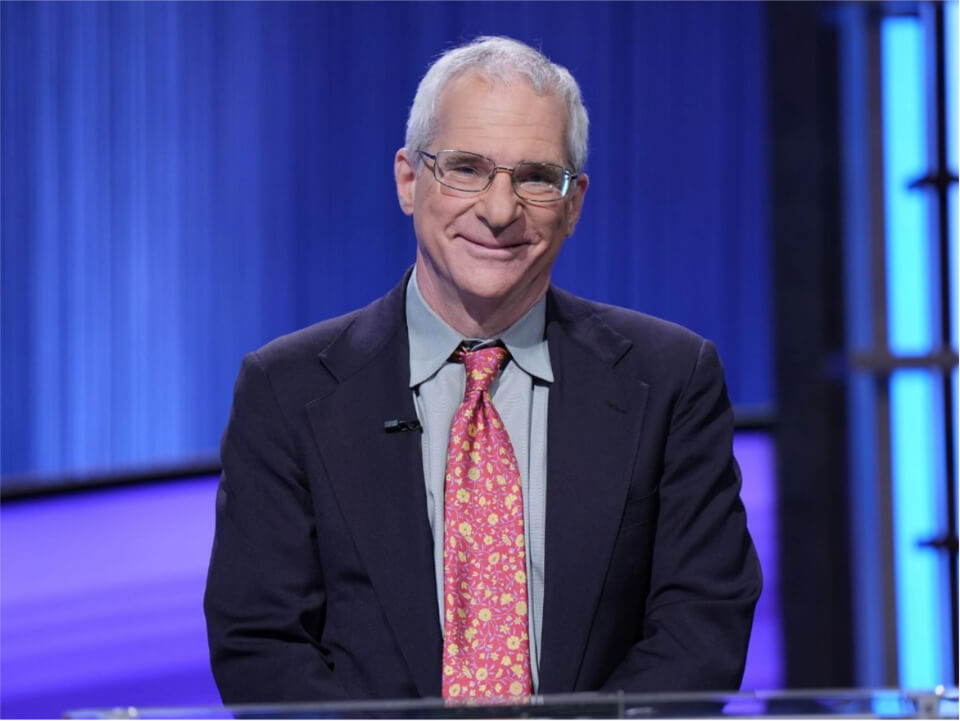 Ultimately, he won the grand prize and is now ready to place himself at the Tournament Championships of Jeopardy for a total of $100,000 in prize money. He won the semifinal match on Thursday, November 10, 2022, eventually beating the other champion, Matt Amodio. The professor will be seen in the next round in the TOC finals next week against Amy Schneider.

According to online records, Sam Buttrey was born in August 1961 and currently resides in Pacific Groove, California. Sam is a graduate scholar at the University of California, Berkeley. He was also educated at other universities such as Princeton University (1979-1983, where he received a degree in AB Statistics) and Philips Exeter Academy (1976-1979).

According to his LinkedIn profile, he previously worked at a company called Cowen & Company, where he was a Computer Systems Analyst from 1983 to 1991. He was appointed to this position for approximately eight consecutive years. Sam Buttrey then worked at the Naval Post Graduate School, where he was promoted to associate professor. He has been a professor since 1996.

Sam Buttrey currently holds the position of Associate Professor at the Naval Postgraduate School, who took home the title of show’s premier championship Jeopardy and $100,000 while beating the other two contestants, Ed Hashima and Alisa Hove, who competed. The other professor, Ed Hashima, came in second place and earned $50,000. Professor Sam scored the victory post and a chance to participate in the upcoming Tournament of Champions. He’s carved out a spot with other champions including Matt Amodio, Jonathan Fisher, and current 13-game champion Amy Schneider, all of whom are returning to the Jeopardy show next time.

Sam is a happily married man with a wife and of course a couple of children. His wife’s name is Elinda Hardy, and she often joined her at his work and practice for the Jeopardy show, as revealed by Sam on stage at Jeopardy. Her full name is Marie Elinda Hardy and she graduated in 1991 with a paralegal degree. It is known that after their marriage, the couple gave birth to two adult children (a boy and a girl).

Sam Buttrey has been an associate professor for 26 years and would make a net worth of almost $2 million to $5 million. Also on the set of Jeopardy, he showed his exemplary side and knowledge of various things and achieved a hit with prize money of $100,000.