Skip Bayless or John Edward Bayless II, is an American sports columnist, commentator, writer, and famous television personality. He was recognized for his work as a commentator on ESPN2 show First Take with Stephen A. Smith. 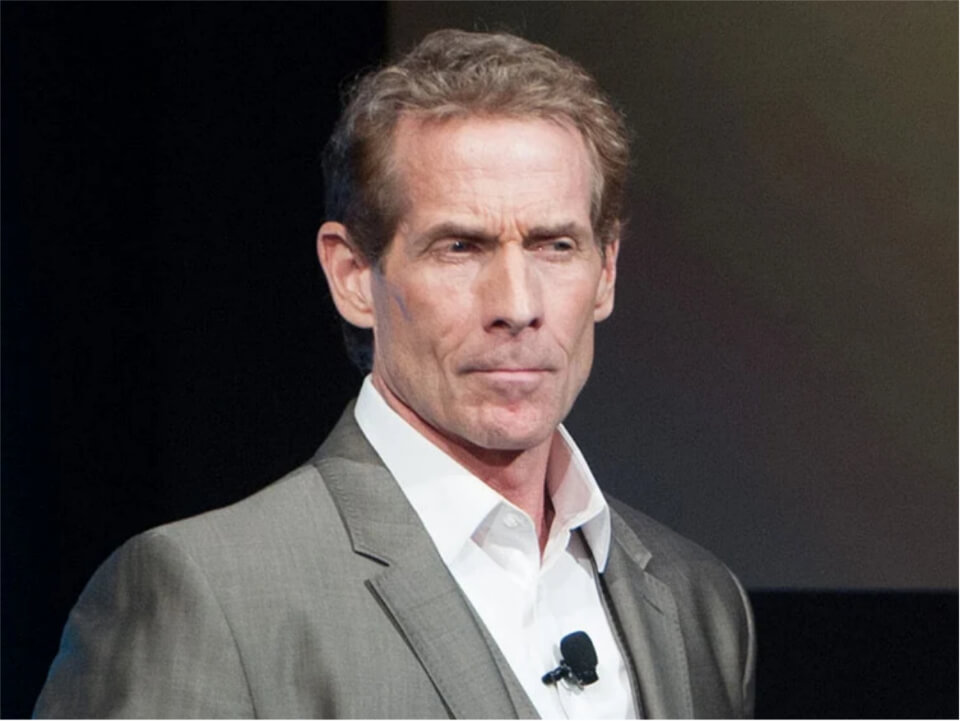 It has been more than four decades since he began his journalism career in the 1970s and today he has garnered so much fame alongside the fandom. During this time he has also received prestigious awards and honorable mentions.

Skip Bayless was born on December 4, 1951 and spent his childhood in Oklahoma City, Oklahoma. His father’s name is John Sr., who used to call him “Skip”. Skip’s mother’s name is Levita Bayless. His parents owned the Hickory House restaurant, where they all worked together, and Skip had majored in grilling. Skip’s younger brother’s name is Rick Bayless who carried on the family tradition of becoming a chef, restaurateur and television personality. His younger brother’s wife’s name is Dean Bayless and his daughter’s name is Lane Ann Bayless.

John Bayless was a member of the National Honor Society (NHS) for two years and President of the School’s Fellowship of Christian Athletes (FCA) Chapter. He also held the position of officer in the Letterman’s Club. He later became the main sports columnist for the school newspaper during his junior and senior years. John Bayless went to Vanderbilt University, where he majored in English and History, graduating in 1974. He received the Grantland Rice Scholarship. He was sports editor at The Hustler, the university’s student newspaper, and spent the summers of 1969 interning under the supervision of sports editor Frank Boggs at The Daily Oklahoman.

At a young age he worked in the restaurant his parents owned and operated but never considered it a career path. After graduating from college, John Bayless joined The Miami Herald, where he wrote sports features for more than two years. In August 1976 he joined the Los Angeles Times. Later, in 1977, John Bayless won the Eclipse Award for Outstanding Newspaper Writing. When Skip Bayless was 26, he was hired by The Dallas Morning News to write its leading sports column and three years later joined the Dallas Times Herald.

From 1998 to 2001, John Bayless was a senior sports columnist for the Chicago Tribune. He won the Lisagor Award for Outstanding Sports Column Writing, presented by the Chicago Headline Club. John Bayless’s work has also appeared in various national sports publications including Sports Illustrated. In 1990 John Bayless published his first book entitled God’s Coach and in 1993 his second book entitled The Boys. He later wrote a third book about the Cowboys, Hell-Bent, in 1996.

Skip Bayless had a cameo role in the 2006 film Rocky Balboa. He later appeared on ESPN 30 for 30 Movies in 2010. In 2011, Bayless appeared in an ESPNU documentary. In 1999 and 2000, he served as commentator for The Golf Channel during major golf championships. Bayless appeared regularly on a show on Fox Sports Net, The Last Word. During the same period, he also made frequent appearances on Fox’s The Best Damn Sports Show Period. He was also featured in a weekly debate at SportsCenter on Sunday morning with friend Stephen A. Smith. In 2004, ESPN hired John Bayless to write columns for ESPN.com. In 2016 he left ESPN.

In 2008, John Bayless was inducted into the Oklahoma City Wall of Fame, which recognizes outstanding graduates from Oklahoma City’s public schools. In 2012 he received two awards. First, he was nominated for a Sports Emmy Award in the Outstanding Sports Personality, Studio Analyst category. Second, he received the People’s Voice Award in the Video Remixes/Mashups category for “All He Does Is Win”.

Skip Bayless is a married man and his beautiful wife’s name is Ernestine Sclafani. She is an American media relations specialist and PR consultant for high profile clients including celebrities, reality TV stars, famous chefs and authors. The pair reportedly met on the set of Skip’s ESPN2 show Cold Pizza. Both have been together for five years. In 2010, Bayless had the unimaginable day of his life when he worked up the courage to propose to his longtime partner Sclafani that they sit on the plane as they flew from Newark to Oklahoma.

They officially married on July 18, 2016. The couple decided to get married in secret and didn’t tell anyone about it. They later surprise their friends and family members with their marriage. The couple have no children together, but they do have a furry dog ​​named Hazel, whom they lovingly treat as their daughter.

As of 2022, he has an estimated net worth of $10 million. He has also landed multi-million dollar deals with various networks. Skip Bayless is now 70 years old. He also published several books. In March 2021, he signed a four-year, $32 million deal with Fox Sports. Bayless made his debut for the show Skip and Shannon: Undisputed with Shannon Sharpe, which aired on Fox Sports 1 on September 6, 2016.