Chelsea Clinton is an American writer who supports and directs campaigns for the Clinton family. She has previously worked for McKinsey & Company, Avenue Capital Group and NBC News. In 2019, she co-published a book with her mother called The book of Gutsy Women: Favorites Stories of Courage and Resilience. Recently, she mentioned the release of a new children’s book series this fall and has also responded to the attack by SOTU and Russia. 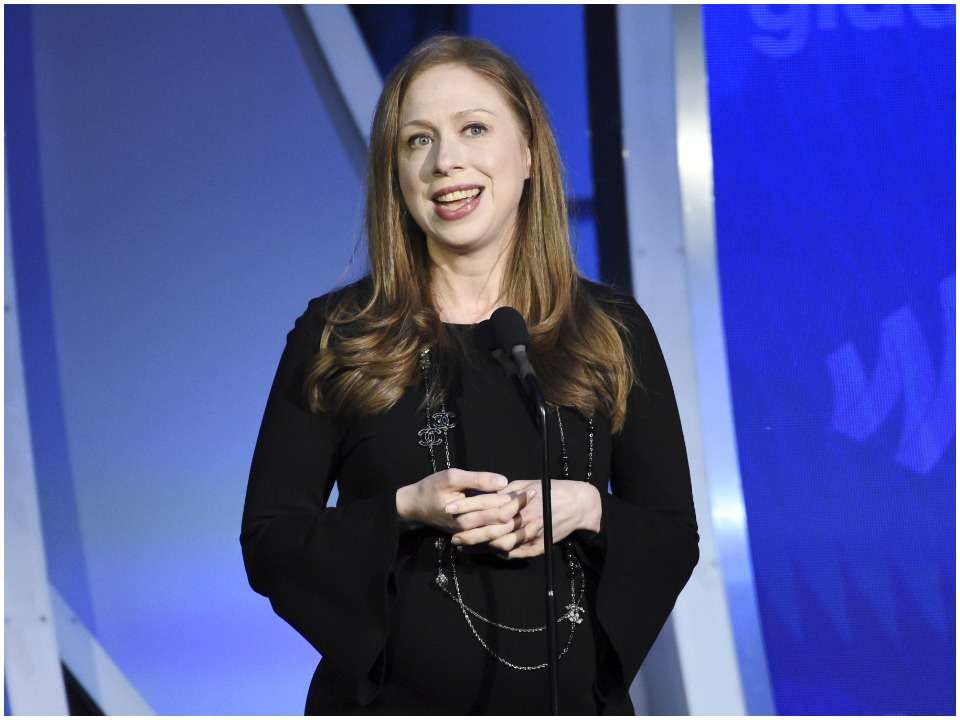 Chelsea Clinton was born on February 27, 1980 in Little Rock, Arkansas, USA. She is the only child of Hillary and Bill Clinton. She began reading newspapers at the age of three, and by the age of four she was writing a letter to President Ronal Reagan. Chelsea attended Forest Park Elementary School, Booker Arts and Science Magnet Elementary School, and Horace Mann Junior High School. She was later sent to Sidwell Friend’s school to avoid the limelight as it was a private school. In 1997 she went to Stanford University and majored in history. The subject of her 167-page thesis was the 1998 Good Friday Agreement in Northern Ireland, advised by Jack Rakove.

In 2001 she went to the University of Oxford and did her master’s degree there. She received a Master of Philosophy degree in International Relations. Her 132-page thesis was entitled The Global Fund to Fight AIDS, TB, and Malaria: A Response to Global Threats, a part of a Global Future, which was supervised by Jennifer Welsh and Ngaire Woods. In 2011, she was transferred to New York University’s Wagner School of Public Service to complete her PhD in International Relations. In May 2014 she completed her dissertation entitled The Global Fund: An Experiment in Global Governance.

On January 20, 1993, she moved into the White House and was given the Secret Service codename Energy. Hillary urged the press to limit coverage of her daughter’s attendance at public events. In 2012 she taught graduate classes at Columbia University. She began her career in 2003 with McKinsey & Company in New York City and later in 2006 joined Avenue Capital Group. She worked for the Clinton Foundation as co-chair of fundraising week and later became the foundation’s vice chair.

In 2011 she worked as a special correspondent for NBC and one of her reports was on Making a Difference for NBC Nightly News and Rock Center with Brian Williams. She has also taken on a prominent role at the family’s Clinton Foundation. She is also an author and has written many books. The titles of the book are She Persisted series, It’s your world: Get informed, Get Inspired & Get Going, Grandma’s Gardens, Don’t Let Them Disappear, Governing Global Health: Who Runs the World and Why? and many more.

On July 31, 2021, she married Marc Mezvinsky. Marc is an investment banker and they were married in an interfaith ceremony at the Astor Courts Estate in New York. They were first reported as a couple in 2005 and got engaged over Thanksgiving in 2009. On September 26, 2014, they were blessed with their first child named Charlotte. Later, on June 18, 2016, they were blessed with a second child and a son named Aidan. After the birth of Aidan, they moved to the nearby Flatiron District. On July 22, 2019, their third child, Jasper, was born.

Chelsea Clinton has lived a lavish lifestyle, but she’s also had a heavy focus on charity events. She earned primarily from working with her mother in presidential campaigns and as an author. According to sources, her net worth was estimated to be around $30 million. She has previously worked in various companies.