After a week of recess, last Monday the trial of Johnny Depp against his ex-wife was resumed by Amber Heard. The actor took the actress to court for libel over a post Heard made in the Washington Post in which she claimed to be a victim of domestic and sexual violence. 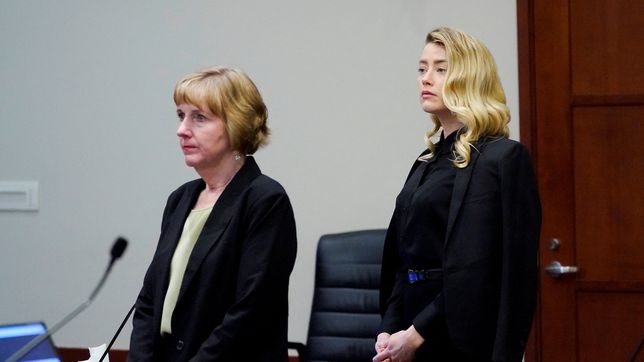 After several weeks of the trial, the witnesses continue to present their statements and are questioned by Depp and Heard’s legal team, made up of lawyer Benjamin Rottenborn and lawyer Elaine Bredehoft.

Who is Elaine Bredehoft? Amber Heard’s lawyer at her trial against Johnny Depp

According to the portal of Charlson Bredehoft Cohen Brown & Nadelhaft, the firm to which the actress’s lawyer belongs, Bedehoft “has been successfully trying cases in state and federal courts in Virginia, the District of Columbia, and Maryland since 1984.”

The lawyer has been consistently recognized in the publications as one of the top attorneys in Virginia, Washington, DC, and Baltimore, frequently included in the top ten lawyers. Additionally, she has been repeatedly recognized by Virginia Business magazine as part of Virginia’s legal elite.

In April 2009, She was recognized as one of Virginia’s most influential women by Virginia Lawyers Weekly. Also has been listed among America’s Best Lawyers every year since 1997.

Bredehoft served for many years in the Boyd Graves Conference, a collaboration of judges, legislators, and lawyers who address and fix legal inequities. Also is a permanent member of the Judicial Conference of the Fourth Circuit.

Here you can consult their awards and recognitions, as well as their representative cases, publications, and education.